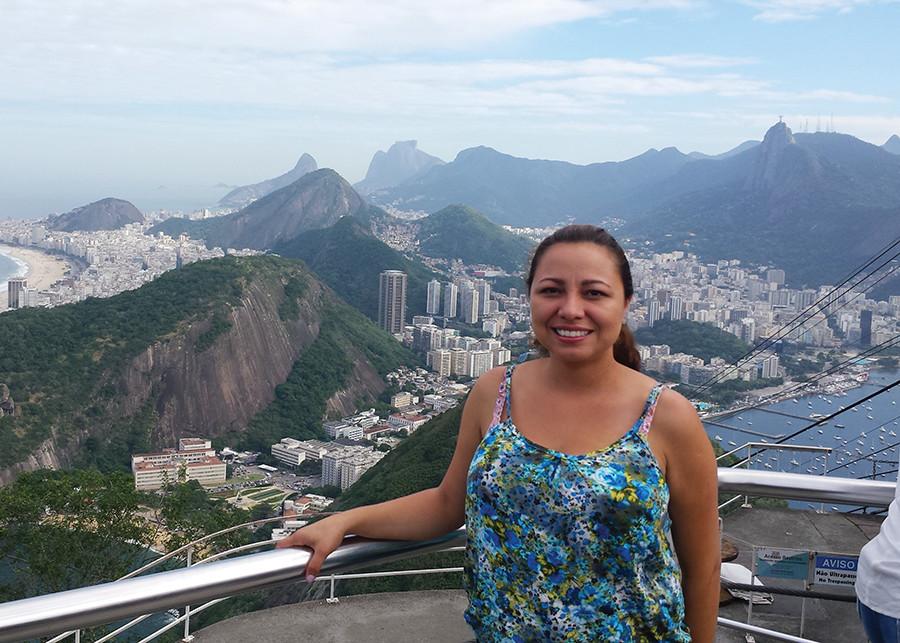 Olga Vargas, an international business senior with an emphasis on Portguese in Latin America, spent six weeks of her summer break abroad in Santarem, Brazil.

During that time, she was an intern for Amizade Global Service-Learning, a nonprofit, fair trade learning organization headquartered in Pittsburgh, Pennsylvania.

Vargas chose to work as an administrative assistant on the hospital ship, called Abaré, in the basin surrouding the Amazon and Tapajos Rivers.

During the six weeks abroad, she completed over 250 hours of service. This included checking in patients, keeping an organized inventory of the ship’s supplies and translating between groups of people who spoke English, Spanish and Portuguese.

Vargas said she wanted an internship that would give her a close-up view of Brazilian culture and the country’s people.

“The internship with Amizade gave me the opportunity to be exposed to the nation and new experiences,” she said.

Brazil site director Micah Gregory said Vargas’ interests aligned with what they were looking for.

“Her ability (to work) in intercultural environments is an extremely important characteristic,” he said. “She has background in administration and logistics, making her both academically and professionally a really great fit, but her Portuguese language background was really critical for this position.”

Originally from Columbia, Vargas already knew bits and pieces of the languages she used this summer before studying at San Diego State.

But after taking several language courses at SDSU, she was able to increase her knowledge and felt more confident in her conversational skills with the Brazilian natives.

She found that the Brazilian people were constantly welcoming, with hugs used as an introduction rather than a more formal handshake.

After this eye-opening experience abroad, Vargas said she considers herself to be less insecure than she was before.

Although the internship with Amizade, meaning “friendship” in Portuguese, was classified as a business internship, Vargas also had to opportunity to participate in several cultural events outside the ship in Santarem.

One such event was hiking over 60 miles through the Amazon with other students traveling abroad.

Vargas also spent time with other groups and organizations in the region as a way to experience a broader scope of the culture in Brazil.

One such organization, Association of Parents and Friends of Exceptional Children, works with children with both mental and physical disabilities.

The organization held a festival in June during which everyone had to dance.

At the festival, she witnessed a professor pick up several students, including some who were in wheelchairs, just so they could dance and participate in the festival.

Vargas said it was a touching experience.

“Having the passion for something in that way, and showing children that they can do something that seemed so far out of reach, reminded me that I can do so much more because I already have everything,” she said.

Vargas dreams of working at a professional social action and community service  company in Latin America after graduation.