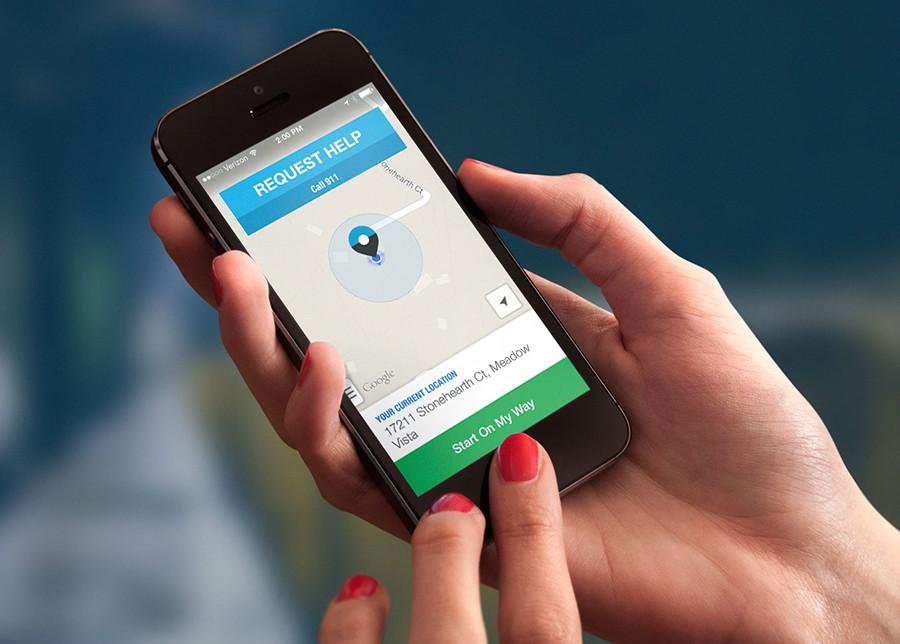 “Text me when you get home safely” has become an automatic phrase for some after leaving a friend to go home alone at night. When he or she doesn’t reply, paranoia can start to settle in.

The new emergency mobile app BlueLight has the ability to increase campus safety by pinging contacts when a user has safely arrived at his or her destination.

Local CEO and founder Preet Anand first heard at his freshman orientation that one in five women in college would be a victim of attempted or completed sexual assault during her years in school. Since then he’s been determined to change this statistic.

While working at the gaming company Zynga, Anand noticed when a colleague was in a hurry, he automatically grabbed his smartphone while leaving his wallet on the table. He realized phones are essential in daily life and no one leaves without them. He then decided to turn it into a lifeline.

However, the same study concluded that 80 percent of students reported feeling “very safe” on campus due to the help of their mobile phones. Over half of students send a text to friends or family to inform them that they’ve arrived home safely. Most female respondents have called a family member or friend while walking home or to their car alone, and they have also sent a text to friends or family before going for a run or a road trip.

Most students already use their phone as a means of safety, and BlueLight is that extra layer of protection.

“We believe that widespread adoption of BlueLight on a campus will have a (positive) effect,” BlueLight Director of Communications Lauren Wilbanks said. “Just as a street full of houses with security system window decals becomes less attractive to potential burglars, so a school full of BlueLight users will project a strong, proactive approach to campus safety.”

BlueLight’s FAQ page says the app is more effective than dialing 911 because a 911 call will not contact the individual with the closest emergency contact, such as San Diego State campus police. Emergency dispatchers can’t determine one’s location through a wireless call, making it more difficult to find an individual.

The app then becomes the direct link between the user and the nearest dispatcher. On a BlueLight call, a user’s address and GPS coordinates appear over the dialer, which is then read directly to the dispatcher so there’s no need for the user to find a street sign. The app serves nearly 100 campuses, including SDSU, so it can receive a user’s location on a covered campus without the individual having to speak in serious cases.

The BlueLight Places feature allows a user to add 20 addresses that a 911 dispatcher can immediately see when he or she calls. While the 911 line guarantees a dispatcher to find an individual with a landline registered to its database, BlueLight basically transforms wireless phones to contain the same ability as a landline.

BlueLight also allows users to notify a contact of their location in real time using the On My Way feature. The user chooses a contact and enters a destination. The contact then receives a notification when the user is near and at the destination.

“When someone has been sexually assaulted, there is more stress, awareness and caution in their lives,” Anand said. “I think BlueLight is taking people’s anxiety away.”

In June 2015, a monthly crime report by the SDSU police department stated that a total of 1,207 wireless calls were made to the emergency 911 line in 2015 to the date of the report. It also said that 256 reported and actual offenses of homicide, rape, robbery, assault, burglary, larceny and motor vehicle theft were committed during the same time frame.

“I have already received three sexual assault crime reports in my email within the past week,” film junior Daion Chesney said. “I started carrying pepper spray around, but I can’t ensure my own safety. Having an emergency app on my phone relieves me of at least some of my worries.”

Fortunately, BlueLight can give college students peace of mind and less inclination to leave their homes with pepper spray in their purses or the sharp ends of their keys positioned between their fingers.