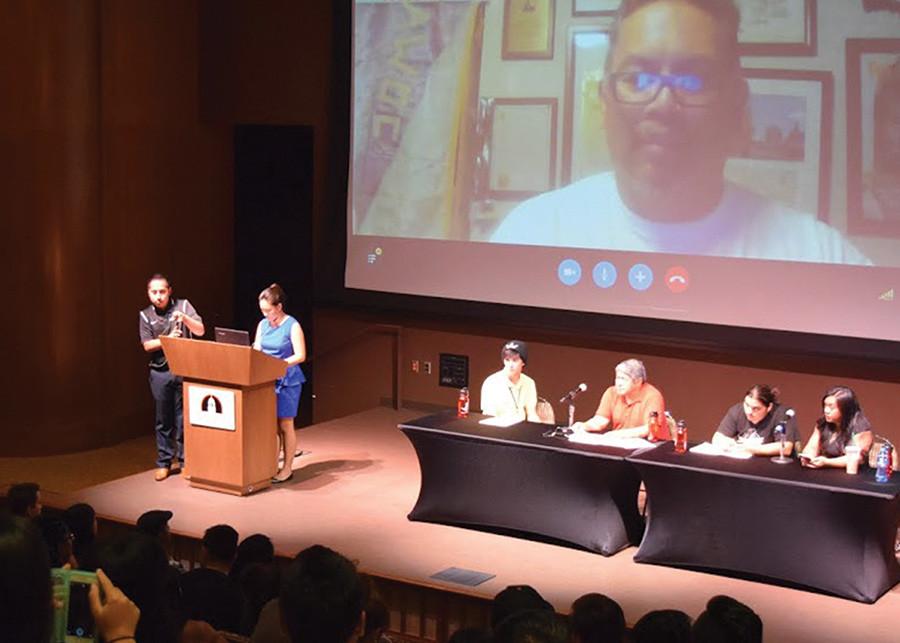 While most credit goes to Cesar Chavez as the champion of the push for farm worker rights, the documentary identifies Itliong as the founding force behind the movement.

In the middle of the 20th century, corporate recruiters and priests encouraged men to emigrate from the Philippines to the U.S., with the intention of using them for cheap labor. These emigrants were referred to as manongs, which is a term used to show respect to elders in the Filipino culture.  Once the manongs reached the U.S., they received marginal pay and faced discrimination.

Itliong was one of the Filipino migrants subject to these conditions, and in 1965 he started to fight back.

“Larry Itliong started the ripple that turned into the wave that was the American Farm Labor Movement,” said Erin Nicole Vedar, senior psychology major at SDSU and co-founder of SDSU’s Filipino-American student organization.

Itliong asked Chavez and the National Farmworkers Association to join him and the Agricultural Worker’s Organization Committee in the fight for the treatment they deserved.

Prior to this, Filipino and Hispanic workers were kept separate and did not interact with one another except to break each other’s strikes. When the Filipino workers held a strike, the growers would use the Hispanic laborers to work their fields and vice versa.

Itliong understood that without unification, farm workers would not receive the treatment they deserved. He asked Chavez to join him four times before the NFA agreed. The Filipino and Chicano communities merged to form the United Farm Workers of America.

In 1970, after five years of strikes and boycotts, the growers signed a contract with Itliong.

A discussion panel featuring professors from the school of social work and Chicano Chicana studies department was held after the screening.

The panelists discussed the work of Itliong and the Filipino activists, and invited the audience to discuss the ways the activists’ story could be applied to their own lives.

“One SDSU Community and FACES are trying to bring diversity out of invisibility. We are trying to say this is a community that exists, this is history that happened, and we should respect it and know it for our future,” Johnson said.

The panel discussed the importance of standing up for what the individual believes is right. They said they want this story to serve as an example of what can happen when people of diverse groups unite and speak out against injustices.

“I hope that the story of Larry Itliong and the Manongs inspires passion in making change,” social work lecturer Kirin Macapugay said. “We can’t do it alone. Get involved.”