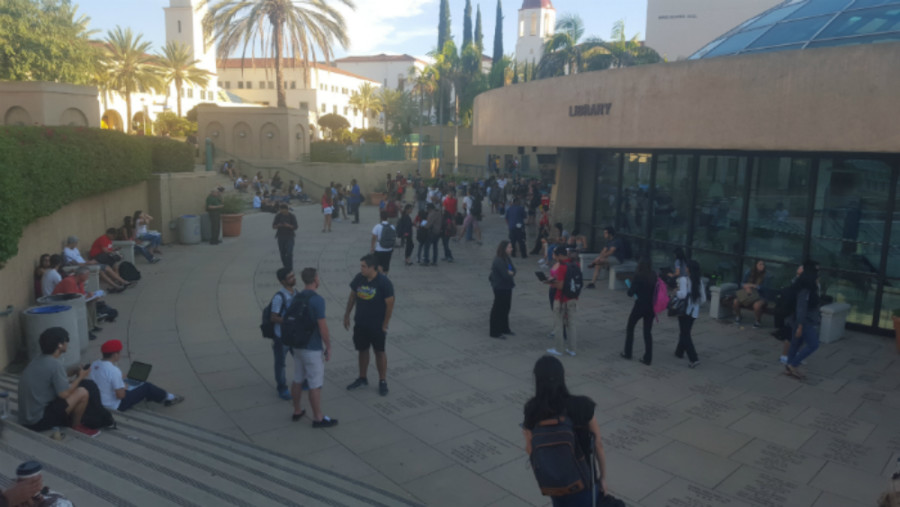 San Diego State’s Love Library was evacuated around 5 p.m. Thursday after a student accidentally set off the fire alarm.

Students were allowed to re-enter the library after about 30 minutes.

“Unfortunately it happens more than you would think,” Staninger said. “We do have a lot of false alarms … which is kind of bad because people start ignoring the alarm. So when it really is a situation that we have to evacuate then people might unfortunately get trapped.”

A student accidentally triggered the alarm with her backpack.

Students were slow to leave the library. Some made their way out shortly before the evacuation was called off.

“One thing that really does bother me is that people don’t leave,” Staninger said. “There could be a fire up on the third or fourth floor and the problem is if people wait around to much they might be trapped.”

When an alarm is triggered the library doors are supposed to lock from the outside. That didn’t happen after Thursday’s alarm and some students tried to enter the library through the glass dome, but were turned away by security.