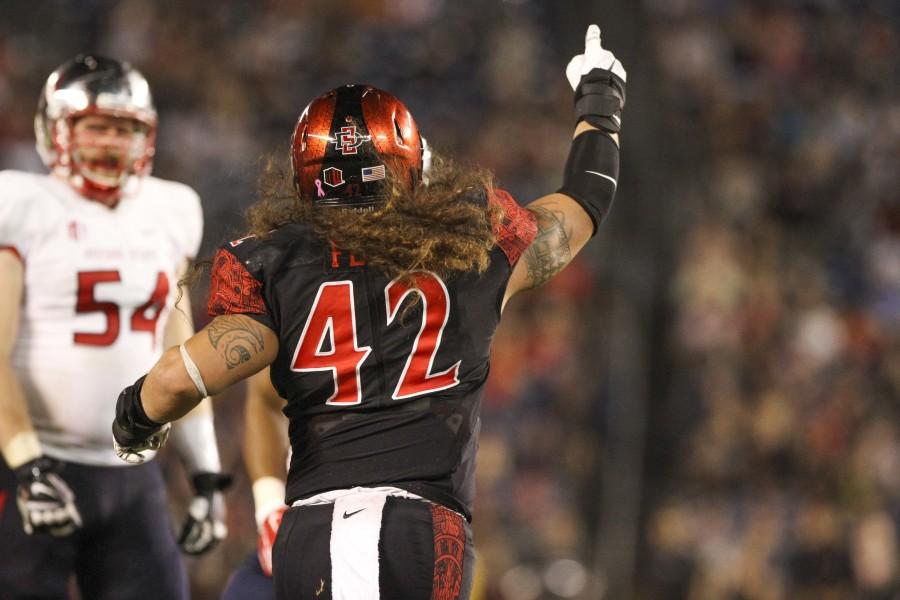 This week’s games have my mind running wild with interesting bowl names.

The one I didn’t pick as my Bad Bowl Name of the Week was the Stampede Bowl between the Boise State Broncos and the Colorado State Rams.

In this pick ‘em there is a homecoming game, the Bad Bowl Name Game, the Colossal Waste of Money game and a mugshot!

Each week, Kris Keehl picks Mountain West games against the spread. Play along and criticize him @IamKRISKEEHL.

University of Wyoming at Air Force (-24)

Wyoming was a 25-point underdog going into last week’s Shower Bowl. The Cowboys covered. It’s not that the Cowboys did anything right, it’s just a little ridiculous to expect a Group of Five team not named Boise State to run another team out of the building.

Possibly the only storyline in this game is the $500,000 each team will receive after ESPN and the MW agreed to televise this game on Saturday night. Well done ESPN and MW for throwing a million dollars at a game in which one of the worst, if not the worst, team in college football is playing. This is mind-blowing.
Pick: Wyoming
Boise State at Colorado State (+15.5)

Boise State is the best team in the MW, and this week the Broncos broke into the AP Top 25 Poll at at No. 25. Freshman quarterback Brett Rypien has thrown for 718 yards and six touchdowns in just over two games. In addition to great offense, the Broncos have intercepted 11 passes and forced seven fumbles. Oh, and the Broncos have scored 50 or more points in their last three games while only giving up 14 points in that same span.

Colorado State has been less than exciting this season. The Rams have beaten two teams, one an FCS school, and are 2-2 against the spread. The Rams are 0-2 against the spread in their last two games, which means handicappers are giving them too much credit. The only bright spot has been junior wide receiver Rashard Higgins, who has caught 30 passes for 426 yards. Did I mention the Rams have fumbled 12 times and lost eight of them?
Pick: Boise State
University of New Mexico at University of Nevada (-5)

New Mexico has played two winless FBS teams this season. The Lobos beat one winless team by 10 points and the other by nine points. With that being said, New Mexico has the worst 3-2 record in college football. In fact, the only thing New Mexico does well is run the ball. The Lobos have run for 1,450 yards this season, fifth most in the FBS.

Nevada has a decent quarterback, two solid receivers and a middle-of-the-road running back. To top it all off, it has a fiery coach who seems like he would be able to motivate his team. On the flip side, Nevada gives up almost 190 yards on the ground each week.

I’m torn on this one. New Mexico did so well and covered for me for two straight weeks, but then let me down last week.

Once again, in the spirit of creating an asinine name for a game, can we call this The Dogfight Bowl?
Pick: Nevada
San Jose State at UNLV (+3)

Last week San Jose State went to Auburn and lost by 14, but at two points in the second half the Spartans trailed an SEC team by only seven points. Let that sit a minute, and then name one other MW team not named Boise State that could do that. SJSU held its own and may have won if senior quarterback Joe Gray didn’t throw two picks.

UNLV gives up an average of 190 yards rushing each week. That’s all you need to know.

I can hear Spartans senior running back Tyler Ervin stretching his hamstrings as he gears up to leave cleat marks on the Rebel mascot’s silly mustache. Two weeks ago, Ervin ran for 300 yards and last week he added 160 more yards.
Pick: San Jose State
Utah State at Fresno State (+11.5)

Utah State could’ve been in trouble when senior quarterback Chuckie Keeton went down with another knee injury, but then the Aggies stumbled across sophomore quarterback Kent Myers. Against Colorado State, Myers rushed for 198 yards and completed 57 percent of his passes for 137 yards. For those interested, Myers’ 198 yards on the ground are 84 more than the combined total of both Aggies’ running backs.

In the shadow of getting physically dominated by SDSU, Fresno State kicked a linebacker off its team and learned that sophomore quarterback Zack Greenlee is being charged with possession of alcohol by a minor. This season keeps getting worse for the Bulldogs.

Also, the Fresno Bee posted a mugshot of Greenlee. Have a look here.
Pick: Utah State
SDSU at University of Hawaii (-2)

San Diego State attempted nearly 30 percent of its season’s total rushes in last week’s victory against Fresno State. The offensive line played better and SDSU rushed for 335 yards. Graduate transfer quarterback Maxwell Smith stayed true to form and completed just over 40 percent of his 12 passing attempts, but on a positive, he passed for two touchdowns.

Hawaii is 2-3 on the season with both wins coming at home. During the three losses Hawaii has scored a grand total of zero points. Good news for the Warriors is they’re not playing on the road, but the bad news is they have given up the seventh most rushing yards in college football this year, and I’m sure Rocky Long is aware of that.

It’s Hawaii’s homecoming game, and it’s pretty much a true pick ‘em. Gotta go with the Aztecs.
Pick: SDSU
This week’s odds were set at 5:30 p.m. on Thursday, Oct. 8, and come from vegasinsider.com. This is not gambling advice, nor meant to encourage gambling.