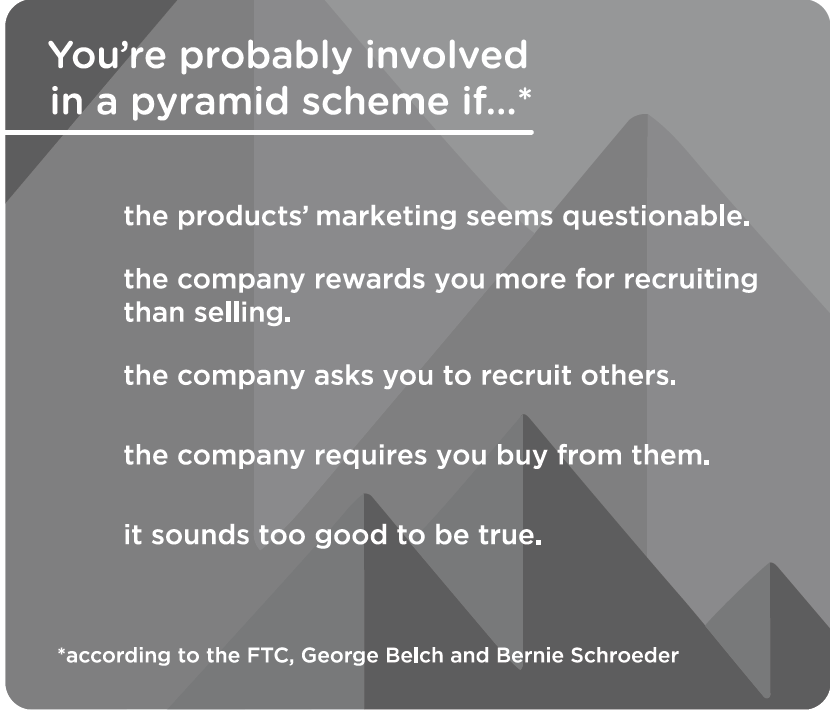 Multi-level marketing company Vemma Nutrition was recently shut down by the Federal Trade Commission for operating as a pyramid scheme.

The company is one of many that have targeted college students to make a profit.

Vemma got its start in Tempe, Arizona, and began recruiting students at Arizona State to sell its energy drink product Verve.

The product took a foothold at ASU and quickly spread to other universities around the country, including San Diego State.

Vemma’s business plan involved recruiting young people to make an initial investment of around $500 for an affiliate pack that included the company’s energy drink Verve. The affiliates were then supposed to distribute the energy drink to their friends and try to recruit them to join as affiliates.

The FTC alleged Vemma was operating as a pyramid scheme because it rewarded affiliates for recruiting other participants rather than selling products.

George Belch, chair of the marketing department at SDSU, said students should be extremely cautious when deciding whether to get involved with multi-level marketing companies.

“These companies will set up shop,” Belch said. “And just as fast as they set up a company, they will take it down. They’re really difficult (for the FTC) to keep up with so you’re just simply best off to avoid them.”

Vemma earned more than $200 million annually in 2013 and 2014, and the FTC alleged it made most of its money from the buy-in of new affiliates.

“Those kinds of companies know they’re going to be taken out,” Schroeder said. “It’s a question of when, so they try to make as much money and move as fast as they can.”

“The fact is there is never an easy way to make money,” Belch said.

Vemma’s websites, social media and marketing materials used luxury items as a way to lure college students, according to an FTC complaint filed against Vemma on Aug. 17.

Belch said if a company makes exorbitant claims about all the money people will make by joining, that should be a warning sign to students to avoid the company.

Schroeder said he doesn’t think all multi-level marketing companies are bad actors. Some students in the Entrepreneur Society tell him they have built sales skills by selling their products.

However, he urges students to take jobs in which they will be mentored.