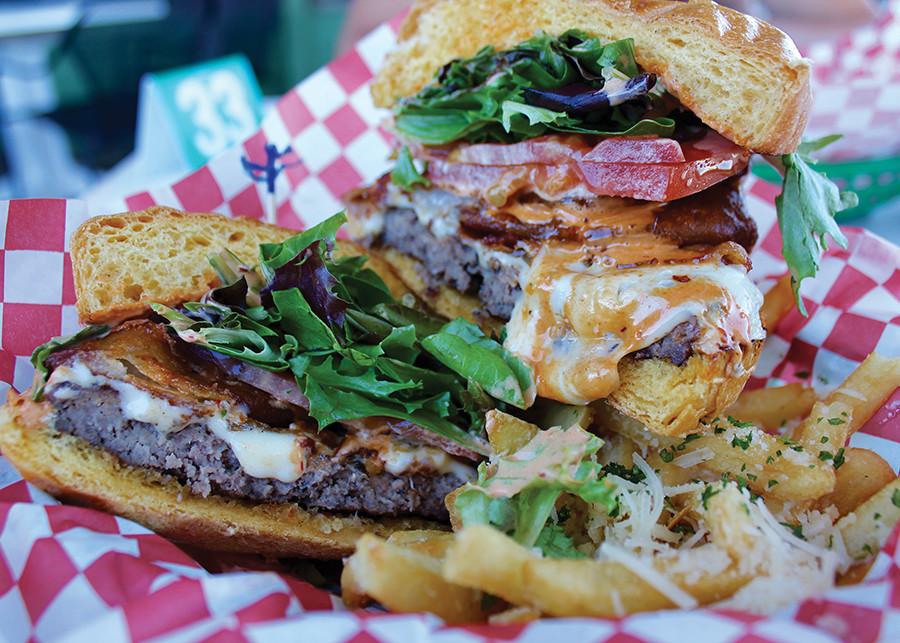 Tucked away between car dealerships and ramen restaurants in Kearny Mesa, a small pub sits on a corner attracting food, beer and sports fans daily.

Located on Convoy Street, O’Brien’s American Pub opened its doors to the public in 1994, and it has been rated one of the top beer spots in the world by numerous magazines and websites, including Heartland Brewery and Draft Magazine.

Although O’Brien’s airs several professional sports games throughout the year, owners Tom and Lindsey Nickel keep the bar open during all U.S. soccer games, which may be the reason O’Brien’s was named the U.S. Soccer Bar of the Year in the 10th annual Best of U.S. Soccer Awards in 2012.

The lighting is dim, to say the least. A large bar stretches across the entire left side of the room, accompanied by several TV screens placed for patrons’ convenience.

Like most bars, the kitchen at O’Brien’s usually closes before last call.

The establishment offers a variety of beer specials, including $3.50 pints from noon to 4 p.m., and 5-ounce beer testers for $2 on select items.

Besides the deals, O’Brien’s has 28 constantly changing taps consisting of local, Belgian and domestic craft brews. The pub also has a laundry list of bottled beers throughout the changing seasons.

The pub has an assortment of sandwiches and salads, with items on the menu for vegetarian customers. There are 12 burgers to choose from, each less than $8, but the real winner is the extra-large burgers, served with a pickle on the side.

The Brie prosciutto burger ($7.95) is of one of O’Brien’s more unusual options.

The burger consists of a one-third-pound Angus beef burger served on a fresh Kaiser roll with lettuce, tomato, red onion, grilled onions, mixed greens and tons of Brie and prosciutto.

The burger itself is cooked medium-well and pairs nicely with the bitterness of the Brie and the savory flavor from the Prosciutto.

Another option is the Smokey Southwest Burger ($7.95), which also consists of a one-third-pound Angus beef burger.

It is served on a fresh Kaiser roll with lettuce, tomato and red onion, but it also adds bacon, pepper jack cheese, onion rings, mixed greens and chipotle sauce.

The chipotle sauce and pepper jack cheese give the burger a nice kick of spice complimented by the onion ring and red onion.

As a general hint, be prepared to get messy, as the burgers are piled high with delectable ingredients.

Sides and drinks have to be ordered separately.

One side option is an order of garlic fries. The fries are hot and firm — nothing is worse than soggy fries — but the amount of garlic present is overbearing and distracts from the meal. After a few fries, it’s difficult to taste anything other than garlic.

O’Brien’s also offers large patio seating, allowing underage patrons to still enjoy the food and watch a game without the pressure of being in a dimly lit bar.

The tables both inside and outside are big enough to accommodate large groups of around five people.

As a reult, O’Brien’s is a great place to go out with friends at the end of a long day.