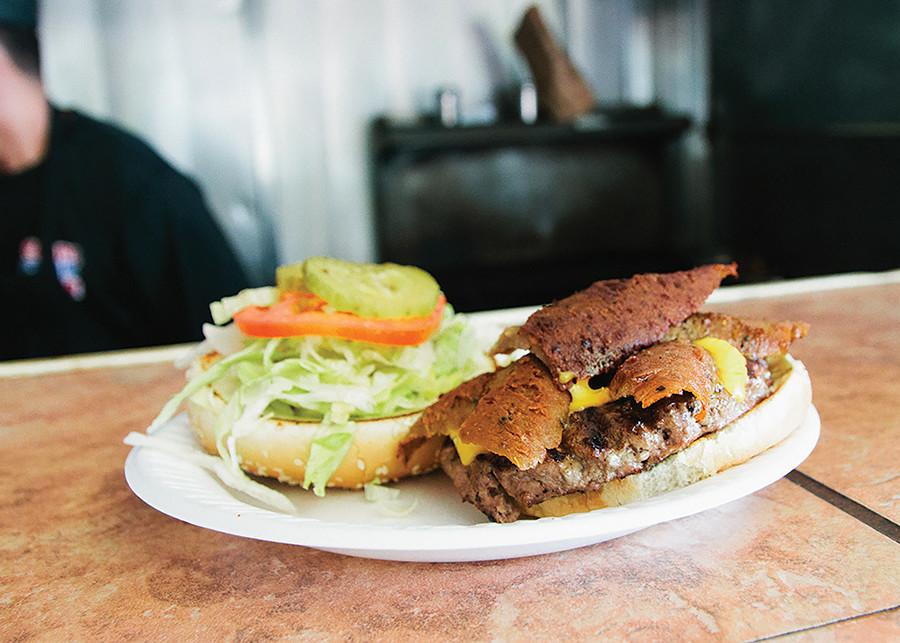 When hearing the name Canada Steak Burger, what comes to mind?

Well, it turns out Canada Steak Burger serves up an assortment of burgers and, believe it or not, Greek dishes.

“The burger with gyro is the most popular item here because most places don’t offer gyro on a burger,” restaurant employee Maricella Fann said.

The popular sandwich is served on a fresh pita and is piled high with loads of quality gyro meat.

The meat is served fresh, and the savory flavor compliments the fluffy pita bread. The sandwich is also topped with a small layer of tomatoes and onions.

For a restaurant specializing in sandwiches, gyros and kabobs, why name it Canada Steak Burger? Well, the original owner was a native Canadian and wanted to create a place that his family could call home, Fann said.

Located on University Avenue in City Heights, Canada Steak Burger has been around for nearly 30 years.

With two separate locations and a diverse menu, Canada Steak Burger has come a long way.

With his son, Mousa, he has been running the business for more than 20 years.

Canada Steak Burger’s menu has expanded widely since it opened.

The diversity of choices and cheap prices at Canada Steak Burger can appeal to any college student’s indecisive taste buds and ever-drained wallet.

Business sophomore Josh Heller recently visited Canada Steak Burger for the first time. He ordered the six-ounce deluxe combo that includes a charbroiled steak burger, fries and a soda for $8.49.

“The burger was definitely good, but I probably wouldn’t venture too far out of my way to eat here again,” Heller said.

Heller specifically enjoyed the steak burger’s airy bun, but believed the patty and thick-cut fries to be average — flavorful, but average.

Despite Heller’s thoughts, Canada Steak Burger continues to be positively recognized by many.

It has also been featured on the San Diego A List six times, three of which ranked Canada Steak Burger as No. 1 for having the best burger in San Diego.

Visually, Canada Steak Burger is not a five-star establishment.

Its compact location can be easily missed when driving by.

The tiny interior can also become very congested during busy hours and the lack of air conditioning isn’t exactly a plus.

However, devoted customers say Canada Steak Burger is more about the food than the flair.

Mousa Rahib believes his family-run business sticks to time-honored traditions and that everything Canada Steak Burger does is perfectly executed, according to the official restaurant website.

The founders and workers have built family values into Canada Steak Burger’s framework. While the restaurant still has some work to do, loyal consumers continue to come back for more.