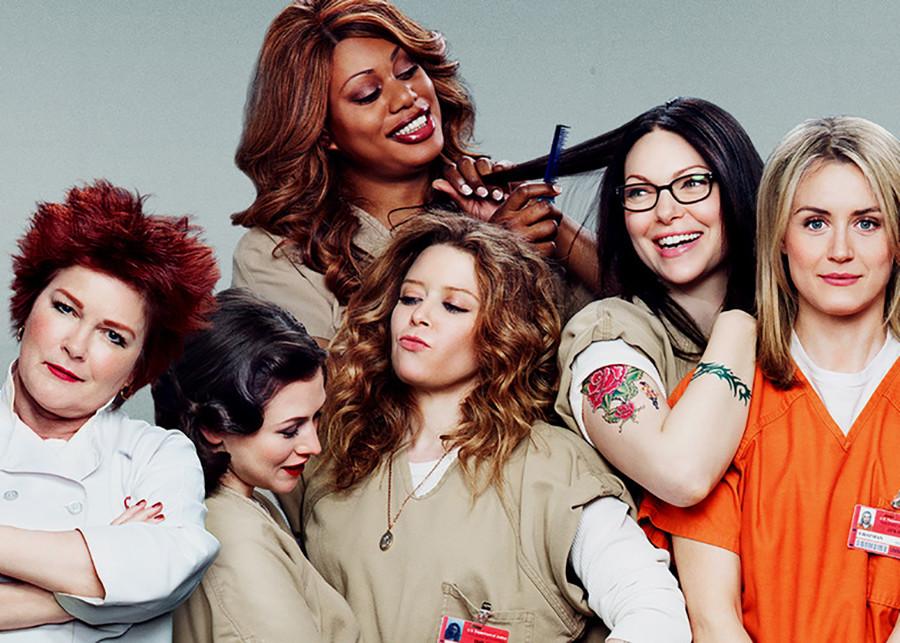 Lea DeLaria, an actor known for her role as “Big Boo” on the Netflix series “Orange is the New Black,” spoke to SDSU students on Monday, Oct. 12.

DeLaria is also an activist for the LGBTQ community and the first openly gay comedian to perform on late-night television.

DeLaria shared her own experiences with discrimination and discussed how the power of dialogue and persistence can change people’s perception of differences.

“I expected to be inspired but was blown away,” said Katie Weinberg, SDSU freshman and women’s studies major. “DeLaria made me realize that society’s stereotypes aren’t fair and that we need to be true to ourselves.”

Another message DeLaria shared was the significance of being strong and true to oneself. She said everyone is beautiful regardless of his or her appearance or beliefs.

“You don’t need to apologize to anyone for who you are and what you believe in,” DeLaria said. “Differences are the beauty of being a human being. We have to embrace our differences.”

Aside from motivational messages, Delaria used comedy to bring light to hard-hitting subjects.

“We have got to get along. When we get along we do miraculous things,” DeLaria said.

Some students shed tears and told stories of their own experiences with discrimination.

“I was impacted the most by DeLaria’s overall message that people have to stay true to themselves and not let what society says about them alter their self-perception,” said Shane James, SDSU sophomore and math major.

DeLaria said people need to be proud of their differences, not ashamed, and everyone should embrace diversity.

“You are beautiful no matter your size, the color of your skin, or your height,” DeLaria said.

The Aztec Student Union Board, along with SDSU’s Center for Intercultural Relations, The Pride Center, and the Women’s Resource Center organized DeLaria’s event in honor of National Coming Out Day, which falls on Oct. 11.

“It is important for everyone in the SDSU community to be aware of how people who are different than themselves see the world so that we, as members of our community, can become more inclusive,” Rogers said.

The reaction to DeLaria’s talk inspired ASUB to plan more events dedicated to sharing the importance of embracing the differences in one another.

“I am excited that people are excited about diversity,” said David San Juan, SDSU sophomore and ASUB Special Events Chair. “It is very possible that we will plan future diversity events.”