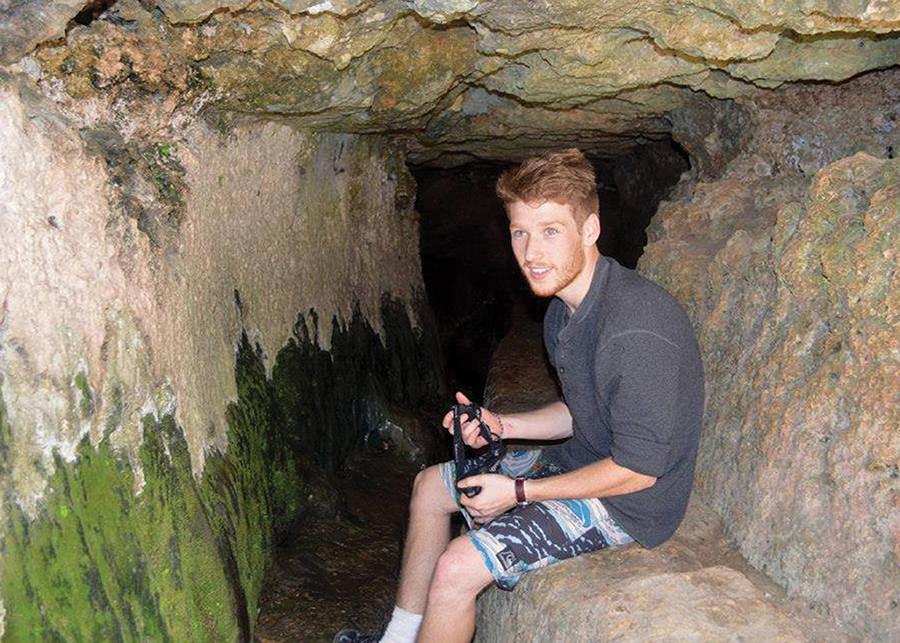 Besides this, daily life continues as usual in Israel.

“Whereas on the surface it mostly felt and looked almost like any Western European country, deep down you could sense an uneasy tension that pervaded daily life there,” he said.

Egypt was coming off its second revolution and Syria was entering its third year of civil war.

Hunter was living in Israel amidst the chaotic aftermath of the Arab Spring, a time characterized by revolutionary protests and riots across the Arab World.

He observed young soldiers walking the streets with rifles strapped to their backs while the locals looked on.

They either didn’t have time to notice or had grown used to it.

While other students picnicked under the Eiffel Tower and rode in double-decker buses, Hunter evacuated to concrete-reinforced locations as rocket sirens blared.

“Every so often you’d hear of rocket or mortar attacks, violent protests in the West Bank or Jerusalem, or even random terror stabbings in Tel Aviv,” he said.

Hunter, who stands out in any crowd with his red hair and fair skin, said he didn’t feel any hostility or negative attention as an American.

A double major in International Security and Conflict Resolution and Islamic and Arabic Studies naturally attracted Hunter to the Middle East.

The Israeli-Palestinian conflict posed an academically relevant topic to study, while the rich culture allowed him to practice his Arabic.

Although Israel’s stigma as a precarious Middle Eastern country might prevent some visitors, Hunter stresses how surprisingly safe he felt during most of his time there.

Hunter encourages those who might be interested in traveling or studying in Israel and urges them to visit the West Bank. For Hunter, Israel was the perfect place to study abroad.

“Israel is an amazing country with an unbeatable combination of incredible historical sites and raging nightlife in a small area.”