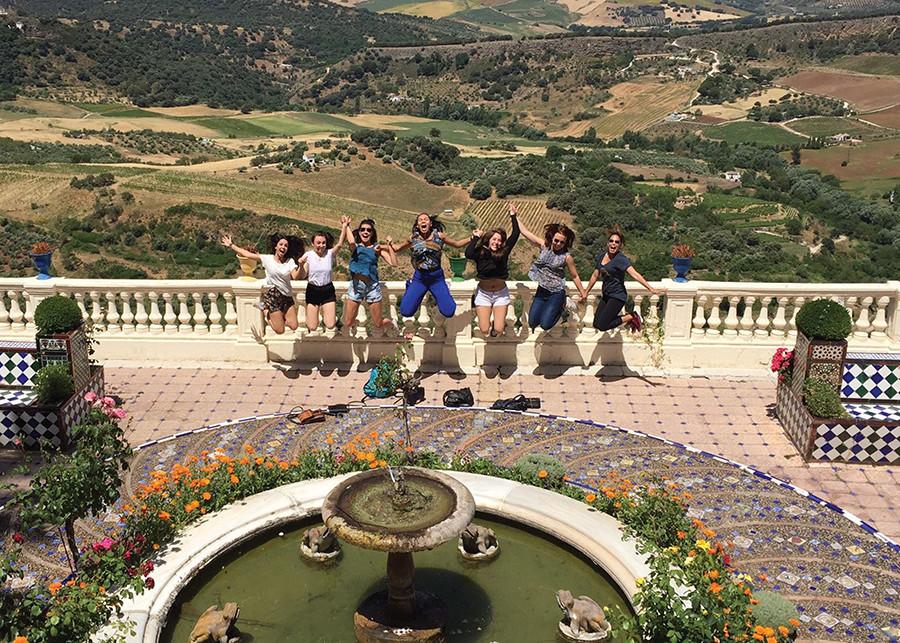 San Diego State’s Study Abroad Office is “committed to building a global learning community … (and) preparing students for an increasingly globally interconnected future,” according to their website. To me, studying abroad is all about being immersed in an unfamiliar culture with the hopes of bringing new perspectives and awareness back home.

I asked a couple study abroad veterans if they felt like their time abroad was long enough to do so.
Summer stint abroad
Devina Sakaria, an English junior, studied abroad in Spain for about a month.

The program consisted of one class taught in English by professors from SDSU. In addition, the students helped out at a bilingual, semi-private K-12 school.

“The only thing is I would have liked to study in a university in Spain,” she said. “I thought we would study at the University of Granada or something, and then go to the K-12 school later, but we had our class in the K-12 school too.”

She did say condensing a class into just four weeks was hectic and a little stressful.

“I would have liked to have gone for a semester, only because it felt a little rushed,” Sakaria said. “I didn’t feel like I had enough time. I can’t wait to go back.”

The students on the trip stayed in dorms with Spanish students, Sakaria said really made her feel immersed in Spanish culture.

“We had meals together every day of the week, went to events together, and went out at night,” she said.

I asked whether she felt like she spoke more English or Spanish while she was there.

“I had to make a conscious effort to speak Spanish, because a lot of people there speak English,” she said. “It was fun. My friends and I went back and forth in English and Spanish, and we understood each other pretty well.”

Overall, Sakaria said she would definitely recommend the experience. The only thing she would have liked better is more time there.
Full semester abroad
Trevor Auldridge, a sociology senior spent fall 2014 semester in Valparaiso, Chile.

He studied through the International Student Exchange Program for four months at the Pontificia Universidad Católica de Valparaíso, taking two classes in English and two in Spanish.

“I was looking for a hybrid program,” he said. “I also did 100 hours of teaching English, which really helped immerse me with Chilean students.”

Auldridge said he spoke more English than Spanish in Chile, but listened to more Spanish.

“I had to make a conscious effort to speak Spanish,” he said. “There’s people from a lot of countries in Chile, and it seems like people use English as the base language.” 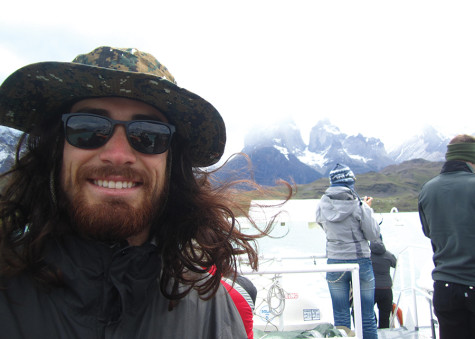 During his four months in Chile, Auldridge lived with a host family.

When asked if he would recommend studying abroad, Auldridge said, “Yes absolutely. One of the benefits is you get to see the world through new people’s eyes. It helps you decide how you feel and helps you find yourself. It gives you a more holistic view of the world in general.”

Whether it’s four weeks or four months, studying abroad at SDSU is an amazing experience, and every student should take advantage of the opportunity.

Both Sakaria and Auldridge said it’s beneficial to study abroad for at least a semester in order to be really immersed in a new place, language and culture.

Doing so makes students better rounded and open-minded when they enter the world after school.

And in the words of the great Augustine the Hippo, “The world is a book, and those who don’t travel read only one page.”