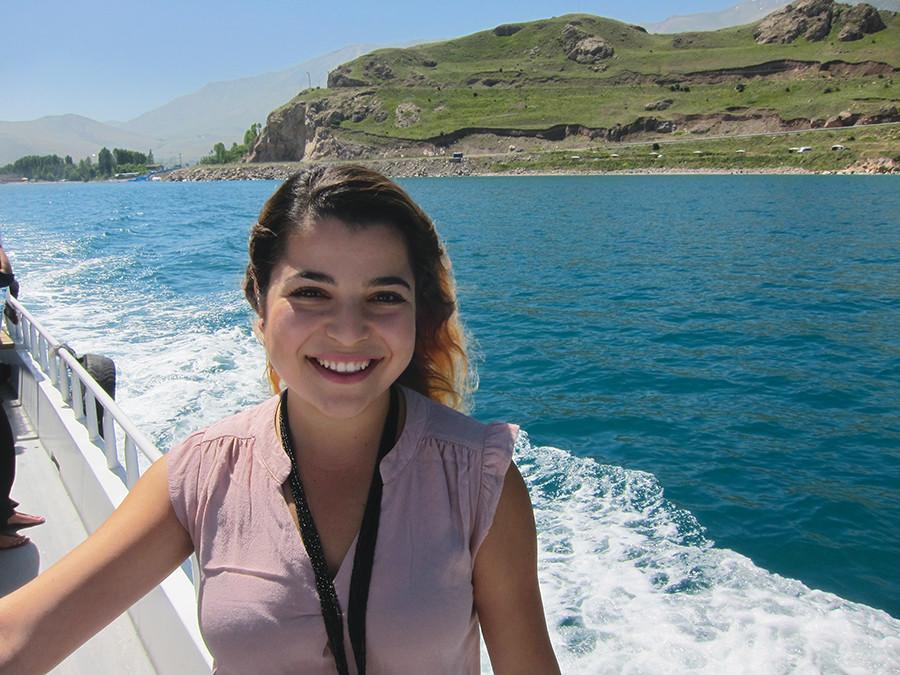 Last year, during the summer before I transferred to San Diego State, I had the absolute privilege of traveling with the Olive Tree Initiative to the lands of my ancestors: Turkey and Armenia.

We stopped in the Republic of Georgia in between because, as you might know, the borders between Turkey and Armenia are closed. The entire journey was two weeks long. It was the single most enriching experience of my life.

I was among an intellectual group of students with open minds and an eagerness to learn. We had been studying the history and current relations between Turkey and Armenia for the entire semester.

The application to be considered to attend the trip was no simple process. Answering a series of questions in essay format, providing two letters of recommendation and an in-person interview were involved.

When I heard I was granted this amazing opportunity, it nearly brought tears to my eyes. Even though I’m 100 percent Armenian, this would be my first time ever in Armenia.

I returned from this program a different person.

All the beautiful places we visited, the people we spoke to, the tears I shed and the conversations that transpired transformed me.

I genuinely believe I wouldn’t be the person I am today had it not been for that experience abroad. It’s indescribable and really, a unique kind of journey that I don’t think I’ll ever experience again. Even if the opportunity presented itself, and I was to go through it all over again, it would be different.

The impressionable cohort of students and faculty I traveled with contributed to creating the unforgettable memories that will forever resonate within me.

The Olive Tree Initiative was founded in 2007 at UC Irvine. It started out with a group of individuals who felt divided about the conflict in Israel and Palestine.

Long story short, this organization flourished and spread to many other campuses, primarily throughout California and in recent years, SDSU.

It wasn’t until some years later when the Turkey-Armenia chapter was introduced. This chapter isn’t as widespread yet, but I’m so thankful the chapter at UCI invited me in when I was a community college student at Orange Coast College.

I am currently in the Israel-Palestine chapter here at SDSU. Last summer, I submitted an application to attend the trip. Unfortunately, we hadn’t raised enough funds to cover the cost of the three-week journey in Washington D.C., New York, Jordan, Israel, and Palestine.

However, the director of the program reached out to me and said they could be of financial assistance. When I landed a significant job opportunity at KPBS, I decided to stay.

A word of advice: Do all the fun, extracurricular, life-changing, or as OTI puts it — “experiential learning” —  during your freshman and sophomore years.

For transfer students like myself, look for opportunities while you’re in community college.

At the latest, plan your study abroad for the summer after your junior year. After that, your priorities may shift, much like mine have.

One of the biggest mistakes I made was carrying the notion that community college students don’t study abroad. All I can say is, just do it. Spending your summers working at a dead-end job and binge-watching Netflix are of little to no benefit to you. Netflix can wait.

I wish I could say I’ll be going to Israel and Palestine next summer.

It’s hard for me to come to terms with the idea that I may never be able to go on the trip.

I have three more semesters left before I graduate and my priorities are currently internship-oriented. At the moment, building my career and my resume comes first.

It was a sheer blessing to be able to travel with OTI to Turkey, Georgia, and Armenia once, and maybe, that’s all she wrote.