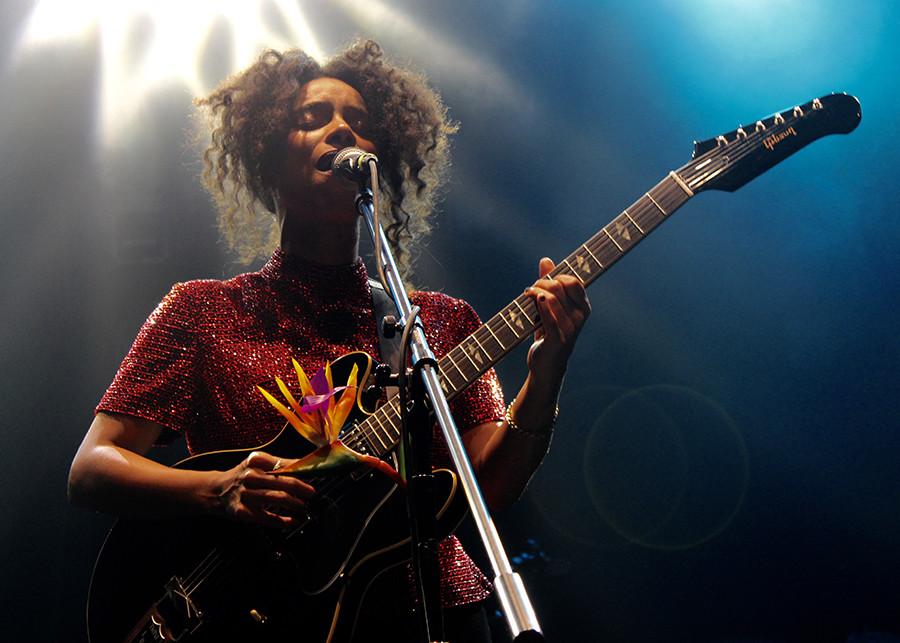 The British singer-songwriter made her San Diego debut on Tuesday, Oct. 20, at The Observatory North Park for her North American tour.

After opening act Keenan O’Meara, there was a nervous chatter among attendees of all ages. But once Havas graced the stage, the crowd erupted with in-sync screams of anticipation.

“It may be a bit early, but I think I love you San Diego,” La Havas said before her opening number.

She opened with an array of songs from her first studio album, “Is Your Love Big Enough?” which served as a familiar reminder of her soothing vocals. The album received popular reviews from critics, winning iTunes Album of the Year in 2012.

Although these soft, soothing vocals were a hit with both critics and fans alike, La Havas has changed as a musician since 2012, and it’s readily apparent.

The best way to describe her second studio album, “Blood,” is as a compilation of who she was and who she currently is as a musician. Timid becomes unapologetic. Newer songs encompass the feel of soft, calm riffs intermixed with raw emotion and jaw-dropping crescendos that can be felt by the audience as well as heard.

The buildup of sound rose far above the crowd and echoed in the space within The Observatory, creating a one-on-one connection between the musician and the audience.

The set list included several fan favorites from her second studio album, including, “Green & Gold,” “What You Don’t Do” and “Midnight.” The songs allowed her to showcase not only her vocal talent but her guitar skills, as well.

The night truly hit its direct peak in the middle of the show when La Havas began to sing the opening notes of her second album’s first single, “Unstoppable.” The song acted as a personal anthem for every audience member, with smiling and dancing breaking out within the first 30 seconds of the opening notes.

Like many artists, La Havas took the time to classily highlight the talents of each of her band members. She let the show feel like it was all about them for a short period of time.

At 10:30 p.m., Havas said goodnight to the crowd and promptly left the stage. But it seemed the crowd was not ready to bid farewell as everyone continued to cheer after her departure.

The musician couldn’t resist the charm of the audience members. After five minutes of the audience patiently waiting, La Havas returned to the stage for a two-song encore, causing a roaring applause.

She performed “Age” off her first album during the encore performance, with her bubbly personality and warm smile shining through.

“This is my second time seeing her,” Fields said. “I absolutely love her voice, and I couldn’t miss the opportunity to see her again.”

Hopefully, the two-song encore will sustain fans until Lianne La Havas returns to San Diego in the future.