A look back at this week in Aztec sports history 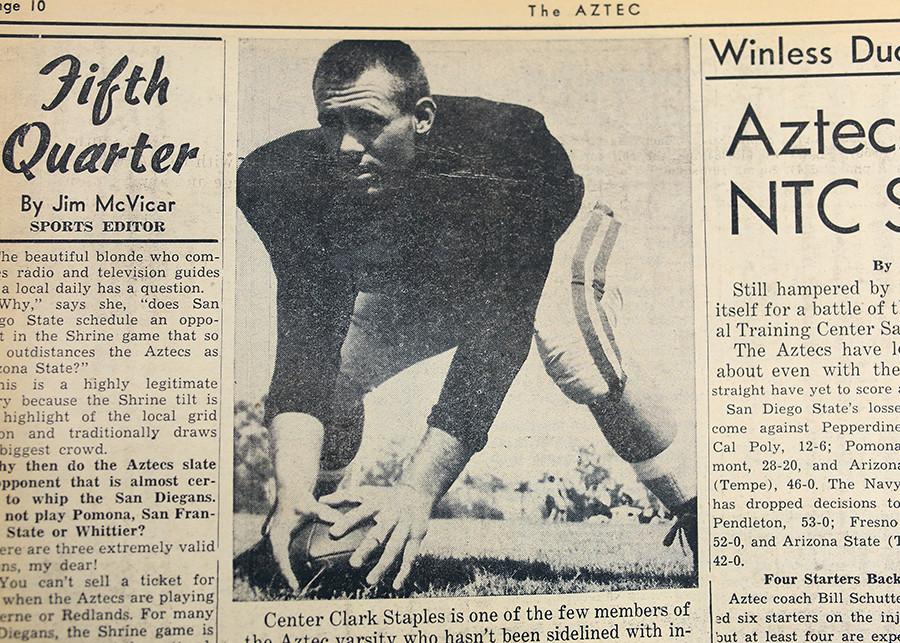 Just like when current San Diego State football fans were griping about current head coach Rocky Long a few weeks ago, it appears there was a similar situation back in 1955, as well, when Jim McViar was the sports editor of what was then called The Aztec.

SDSU was 1-4 going into a homecoming matchup against San Francisco State, which disbanded its football team in 1995.

The Gators were 3-3. The Aztecs were coming off their first win of the season, a 14-12 nail-biter over the San Diego Naval Training Center.

Placekicker Bernie Flaherty stole the headlines in the Oct. 28 print edition of The Aztec as it was his two extra-point kicks that proved the difference for SDSU against the Navymen.

On the same page of that print edition, there’s a 122-word block of text that would make current Aztecs flip out.

One could only guess how many people would show up for a basketball tryout in this day and age.

Fast-forward 26 years and SDSU football was still in bad shape, although not as bad as 1955.

The Aztecs were 4-2, but were on a two-game losing streak to 17th-ranked BYU and the University of Hawaii. 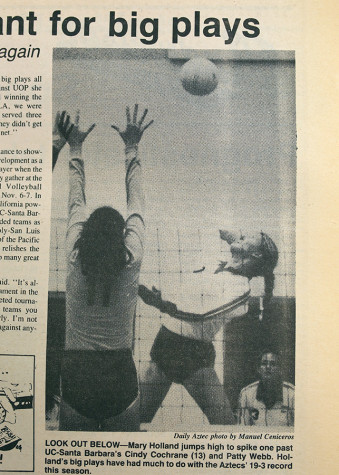 Senior quarterback Matt Kofler wrote the latest in a series called “Player’s View,” in which student-athletes submitted articles biweekly to The Daily Aztec.

He was the most frequent contributor of the series.

In the lead-up to yet another big game at University of Utah, Kofler wrote the team was used to playing in road environments, as it had experienced it before with what Kofler called, “our own ‘fair weather’ fans.”

Meanwhile, it was the volleyball team that was rising up and having a year to remember.

SDSU was 19-3 at this point in the 1981 campaign, coming off two straight wins over University of Arizona and University of the Pacific.

With that, they went up to No. 5 in the NCAA polls, behind Hawaii, UCLA, Cal Poly San Luis Obispo and BYU.

Editor’s note: This is our series, “This week in Aztec Sports History,” where we look through our archives and tell tales of the grand history of San Diego State sports throughout the years.