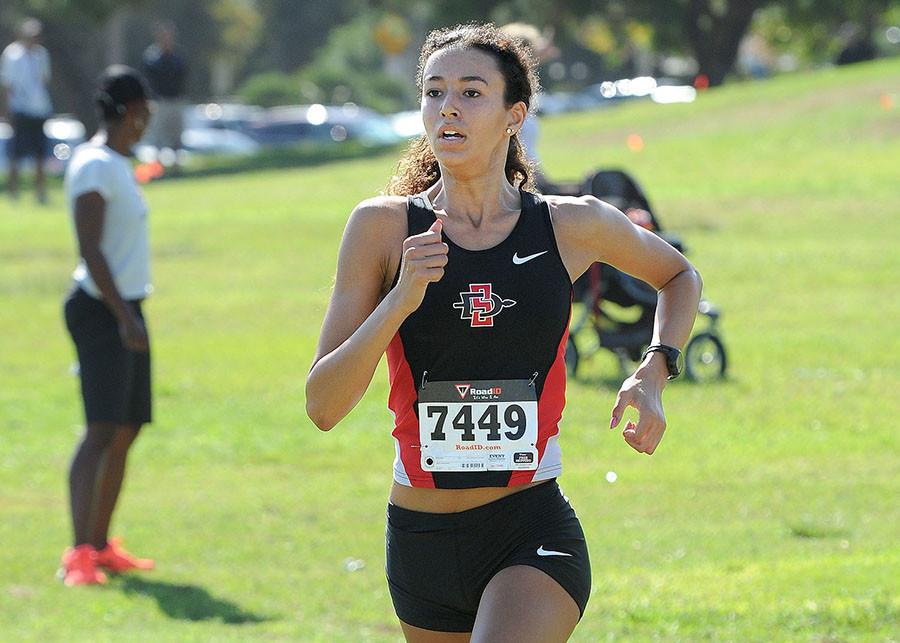 The San Diego State cross country team is preparing for Friday’s Mountain West Championships like any other race.

“Everything is going to be the same, I don’t want to put pressure on (the team),” assistant coach Karoly Varga said. “I told them to do everything the same as the previous races and nothing is going to change.”

Varga said the only difference between this race and any other race is that the team will be more well-rested.

Junior Elaine Ribeiro, the team’s top runner, said the team had only one hard practice, then the rest of the week consisted of easy workouts and an optional workout on Thursday.

Ribeiro said in past conference races she was too nervous and that practicing too much affected her performances.

“I know last year I was more nervous for (conference) and that just kind of psyches you out,” Ribeiro said. “You become so focused on how you’re feeling that you aren’t really focused on racing and your competitors.”

Varga has helped her relax going into Friday’s race.

“He tells me that I had a good season and to not worry too much about this race,” Ribiero said. “(And to) go into it like any other race and just compete like I always compete.”

In their last race, two of the team’s top runners, sophomore Lily Seynaeve and senior Grace Hanshaw, were unable to compete because they were sick. However, Varga said they’ve had plenty of time to rest and will be able to compete on Friday.

Ribeiro said it would have been great if they were in the last race, but it was more important for them to be well-rested for the conference championships.

Seynaeve only has a few days back in practice after being out for two weeks. Despite this, Varga said she will still be prepared to race.

“(Even) an 80 percent Lily (Seynaeve) is still going to be a really good runner at the conference (championships),” Varga said.

Perhaps the biggest obstacle for SDSU is the elevation. The race will take place at 4,400 feet of elevation at the Montreux Golf Course in Reno, Nevada.

The team did have one practice at 5,000 feet above sea level, but Varga said that didn’t do much for the team to prepare for the elevation.

“One day practice won’t do anything about it,” Varga said. “You have to spend at least three weeks, more like four weeks, in order to have some benefits.”

“I’m just thinking about competing as best as I can,” Ribiero said. “I mean, it’s high elevation, but that’s for everybody, not just us. We’re not the only school that’s at sea level, so I’m sure there’s other people (who) will be struggling too.”

Of the schools competing in the conference championships, San Jose State and Fresno State are at or around sea level.

SDSU is ranked last in the MW, behind SJSU, Fresno State and UNLV. Despite the team’s last-place ranking, Varga thinks his team will exceed expectations.

“I really believe that this team can be top eight and on a good day top six,” Varga said.

With the help of Varga, the SDSU cross country team has won three out of its five races this season. That is the most races it has won in a single season since entering the MW in 1999.

The conference championships will begin at 10:45 a.m. and will be broadcasted live on the MW Network.