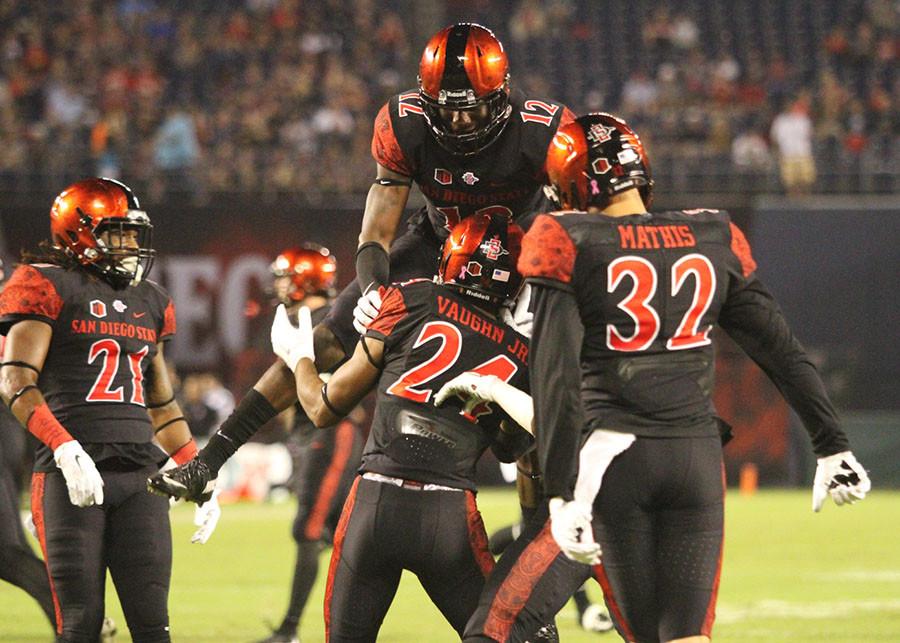 With five weeks left in conference play, the standings in the Mountain West are really starting to take shape.

San Diego State looks to continue its win streak as it looks to lock up home field advantage for the MW Championship game. As always, keep your eye out for the “Bad Bowl Name Game of the Week.”

Utah State played way above its head in the win over Boise State, and then followed it up with a poor showing against a SDSU team that played one of its best games.

Here are a few truths: Utah State will not repeat its poor performance, and Wyoming has no chance in this game.

As I have said before, no team in this conference, besides Boise State, is capable of hanging that many points on the opposition.

Boise State won the Statement Bowl last week, but only by 20 points. This week freshman quarterback Brett Rypien and company will be looking to gain ground on Utah State.

I’m predicting the Broncos will make another statement. They may not win by 21 and cover the spread, but I’m picking them because I know they are trying to win by 99, and I like that about a team.

Bad bowl name game alert! What do you get when you mix a rebel and a bronco? That’s right, from now on refer to this game as “The Rodeo Bowl.”

The Aztecs are beatable if any team could actually stop the run, but even Utah State, which has one of the best run defenses in the country, couldn’t contain SDSU’s running backs.

For the last two weeks, Aztec opponents have stacked the box with eight or nine players and still can’t stop the run. This means that SDSU offensive lineman are playing a very physical brand of football.

To compliment the running game, graduate transfer quarterback Maxwell Smith has put together three consecutive solid performances, and finally makes the team a legitimate threat to pass the ball. Smith also showed some versatility when he rushed for San Diego State’s first touchdown against Utah State.

The Rams feature the MW’s most talented receiver in junior Rashard Higgins, but have not been able to hook up with him enough to make sure they win games.

Hawaii has surrendered more than 1,800 rushing yards to opposing teams this year. The Warriors don’t have the kind of offensive production that could mask such an atrocious defense.

Air Force has an option offense, so basically all they do is run. It’s going to be a track meet folks.

This weeks odds were set at 5:30 p.m. on Thursday, Oct. 29, and come from vegasinsider.com. This is not gambling advice, nor meant to encourage gambling.