For SDSU football, the College Football Playoff rankings aren’t the most important 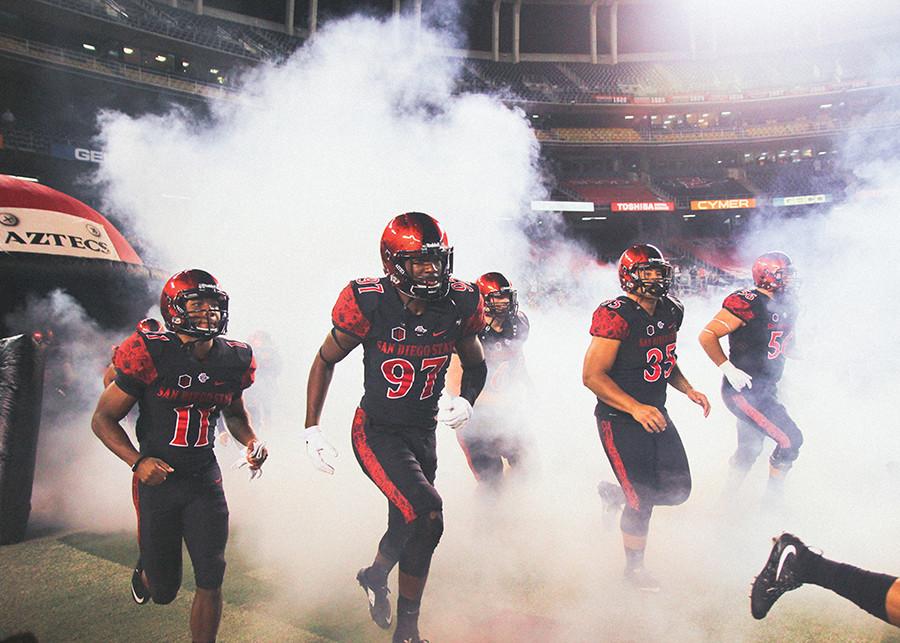 For this year’s San Diego State football team, six is the number that delineates bad from good.

After starting conference play 5-0 for the first time as a Division I team, the Aztecs are one win away from becoming bowl eligible, winning the West Division of the Mountain West and putting themselves in the conference championship game.

Group of Five teams need to win their conference championship. It’s the only way for these teams to be considered for one of the New Year’s Six set of bowl games, which means more notoriety and more revenue.

The MW team with the highest College Football Playoff Selection Committee ranking will host the championship game, but if no team is ranked by the CFP the host is determined by a composite ranking.

The rankings used by the Mountain West

The first is the Jeff Anderson and Chris Hester College Football Computer Ranking.

This ranking reflects a team’s on-field accomplishments, and doesn’t include any sort of preseason assumptions about the team.

Anderson and Hester’s rankings focus on strength of schedule for both the team being ranked and its opponents.

This ranking also rewards teams for beating strong opponents, not obliterating weak ones.

The second ranking comes from Richard Billingsley of the College Football Research Center.

Billingsley’s rankings are based on a point system that increases with wins. Win values increase as the season progresses and based on the location of the game. Points decrease with losses.

What makes Billingsley’s rankings unique is the strength of schedule isn’t based on the traditional win-loss record of the opponent.

The third ranking of the MW composite is the Colley Matrix, which rewards a team’s on-field performance, and not anything that could be considered subjective, such as game location.

The Colley Matrix highly values strength of schedule, and does not reward large margins of victory.

The final ranking system is the Wolfe Matrix.

The Wolfe Matrix considers mutual opponents, the environment a team plays in and the amount of points a team scores, but it’s hard to say to what degree each is valued as the Wolfe Matrix is the least transparent of the rankings.

Composite rankings and the Mountain West

Based on history, the MW does not have strong presence in any traditional ranking system.

Boise State is the only team in the MW to be ranked in the Associated Press Top 25 poll this season.

During week seven, No. 21 Boise State lost to Utah State, which eliminated any chance a MW team would be ranked in the CFP Top 25 this season.

Therefore, the MW composite rankings are incredibly important for all four teams that are vying for a spot in the MW championship game.

SDSU is in the best position to win the West Division and play in the conference championship.

The Aztecs’ composite ranking this week is 59.75, which slipped a bit after having a bye week.

SDSU is likely to face one of three opponents from the Mountain Division: Boise State, Air Force Academy or Utah State. Boise State’s composite ranking is 40.5.

Utah State, which lost its second conference game and is least likely to make the championship, has a composite ranking of 76.25.

While teams in the Power Five wait anxiously every week for the selection committee to come out with its CFP Top 25, teams in the MW have different polls to answer to throughout the season.