SDSU faculty to demand pay raise at CSU board meeting 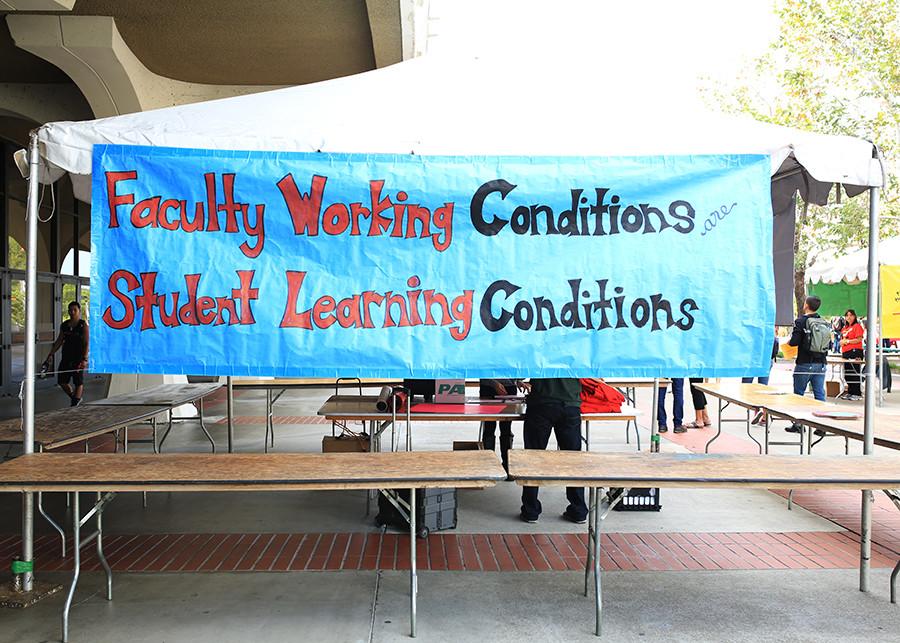 San Diego State faculty and students will join other California State University faculty for a rally at CSU headquarters Tuesday to demand a 5 percent wage increase.

The California Faculty Association, a union that represents faculty and staff in the CSU system, is organizing the demonstration, which will take place during a Board of Trustees meeting. The union voted to strike if the CSU does not meet its demands.

Many SDSU faculty are frustrated with the way the CSU has handled the negotiations.

“They know that we want the 5 percent,” said Kim Archuletta, CFA chapter treasurer at SDSU. “We’ve been working with them for months, and our talks on salary are basically stalled.”

Ninety-four percent of unionized CSU faculty and staff voted for the option to hold a strike next semester.

“We’re going to Long Beach because we’re hoping that they see that we’re committed to this and the strike vote,” said Doreen Mattingly, associate professor of women’s studies at SDSU. “We’re hoping that the trustees will get the chancellor to bargain with us and give us 5 percent so that we don’t have to strike. We don’t want to strike.”

Faculty and staff from each of the 23 campuses in the CSU system are expected to be present at the rally.

SDSU’s CFA is planning to send interested students, faculty and staff by bus to the Dumke Auditorium at the Office of the Chancellor in Long Beach the morning of the rally.

“Our salaries are far below the national norm for our profession,” Mattingly said. “During the economic crisis almost 10 years ago, our salaries got frozen. We even took a 10 percent voluntary pay cut one year to help the state. They offered us 2 percent. We’ve lost 17 percent to inflation.”

The 2 percent wage increase was offered to faculty either in the beginning of bargaining or in the second year of the contract, Archuletta said.

“We do know the money is there,” CFA San Diego Chapter President Charles Toombs said.“They have never said the money is not there. They just have other priorities.”

SDSU Forward, a coalition of different student groups on campus, is supporting faculty behind the rally by promoting awareness campus-wide.

“The more that faculty know that the students are on their side the more we can have a united campus and that we can get things done,” said Brooke Peterson, member of SDSU Forward and creative writing graduate student. “… If students don’t find ways to participate and don’t find ways to be aware, then things that could be big changes won’t be changes. In change movements, everyone counts.”

In an email to The Daily Aztec, CSU spokesperson Toni Molle said compensation is a top priority for the university system.

“That’s why faculty were the only group of employees to receive salary increases and tenure-track salary promotions during the recession years,” Molle wrote in the email.

Molle said in the last two years, the CSU has put $129.6 million toward compensating staff with $65.5 million dollars of that amount going to faculty.