Notebook: Pope slows it down in 14-point effort against San Diego Christian 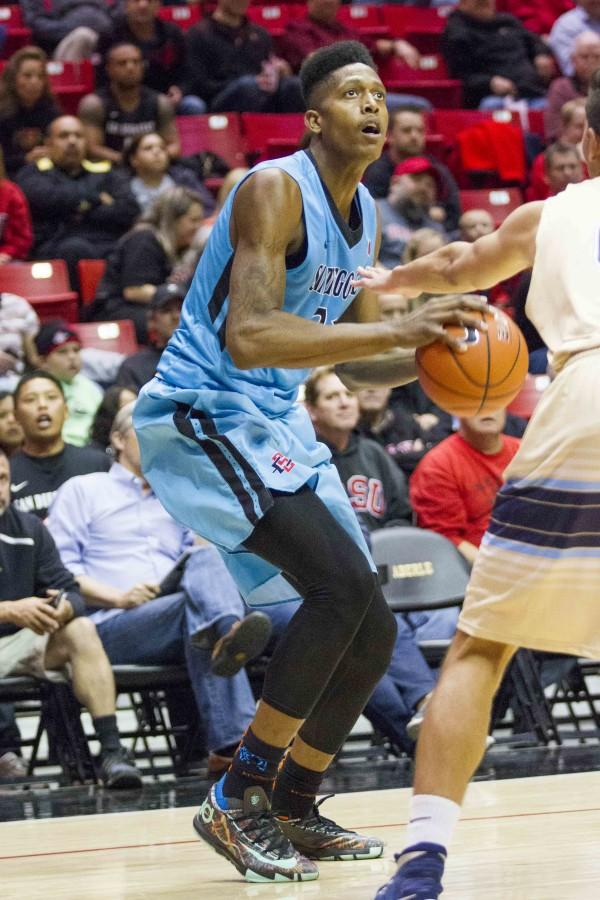 It’s too early in the season to make long-term assumptions about a player, but San Diego State men’s basketball sophomore forward Malik Pope had people scratching their heads with his slow start to the season.

The 6-foot-10 NBA draft prospect started the season out 1-for-12 from the field and had as many turnovers (four) as points going into Wednesday’s game against San Diego Christian College.

He looked to be on the same path as he missed two open 3-pointers in the first five minutes of the game and was subbed out.

Pope was able to use the time on the bench to remember a vital facet of his game.

“I kind of just started playing slower,” he said. “Coach (Justin) Hutson said just play with the flow. He told me not to rush anything and let the game come to me.”

A new Pope was subbed back in a little before the 10-minute mark in the first half and he went on to shoot 6-for-10 from the floor from that point and ended up tied with a team-high of 14 points.

It was his fifth double-digit scoring effort of his career, and second inside Viejas Arena.

“That’s the Malik I know … the way he plays it seems easy,” freshman point guard Jeremy Hemsley said. “I was talking to my high school coach the other day and I told him I’ve never played with somebody as talented as Malik.”

Pope didn’t play in the team’s exhibition against Cal State San Marcos and played just 21 minutes in the team’s loss to University of Utah on Monday.

Things may just be starting to click for the flat-topped sophomore.

“It’s just me mentally trying to get myself going. If not (I’ve got to) help the team in a different way like rebounding and defense,” Pope said.

Head coach Steve Fisher was happy to see Pope drain some shots tonight, but there’s still some room for improvement in his opinion.

“He has to guard better,” Fisher said. “He’s got to take ownership at guarding better and hopefully this will help him.”