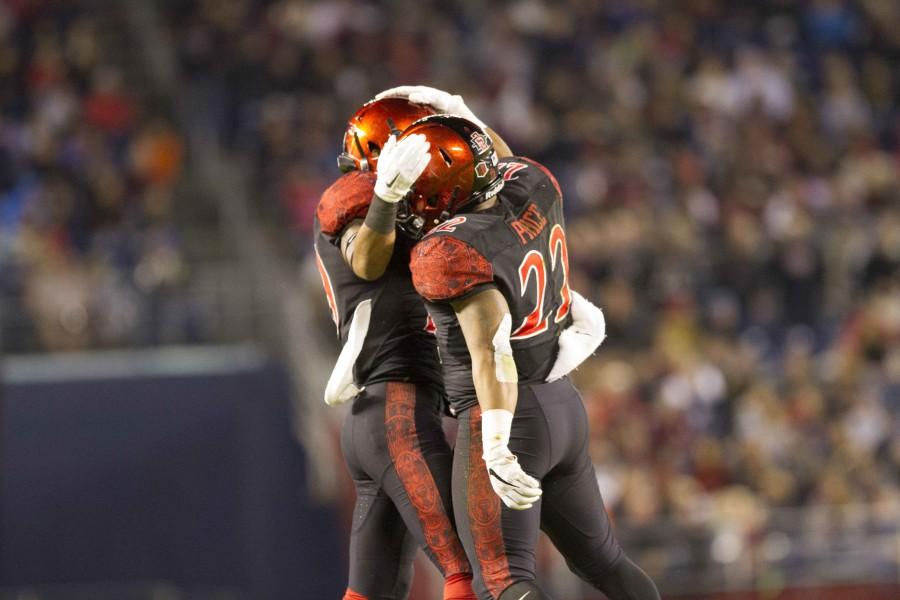 At the beginning of the football season there was no conference more boring than the Mountain West, but right now I don’t know of a conference that has the potential to take more twists and turns. Whatever happens, it should be exciting, and it could be disappointing. As always, be on the lookout for the bad name bowl game.

I admit that I was smitten with the Boise State Broncos. My man crush is gone, and now I view the Broncos on the same level as every other team.

Boise State will be moving away from freshman quarterback Brett Rypien. In Boise State’s two conference losses Rypien has completed 64 of 124 passes with two passing touchdowns and six interceptions.

Air Force has done well offensively with the option attack and has a stout defense.

Both defenses are strong as Boise State and Air Force rank 11th and 12th in total defense in the nation, respectively.

Both wins have come down to the wire, and I don’t mean to suggest this one will be a nail-biter, but it’s hard to imagine the Cougars dropping 27 points on top-their opponent.

Interesting news from Fresno, the Bulldogs are on their fourth, errr fifth — I don’t know anymore — quarterback this season. Starting this week is sophomore Zack Greenlee (named starter two other times this season), who was absolutely demolished by SDSU’s defense.

University of Nevada at Utah State (-15)

Nevada is on a three-game winning streak. On this streak the Wolfpack beat University of Hawaii by 10, Fresno State by 14 and San Jose State by three in overtime.

These aren’t particularly impressive wins, but they have been enough to put Nevada in contention for the MW’s West Division.

Nevada features a quarterback that completes nearly 60 percent of his passes and two running backs that have ran for over 800 yards apiece.

Utah State needs to win its next two games to have a chance at making a championship game. The Aggies are still a good team, but they have lost three of four games.

Nevada covers, but loses the game.

In the last two weeks, New Mexico has single-handedly dismantled any semblance of a clear winner in the Mountain Division of the MW.

Two weeks ago, the Lobos knocked off then-first place Utah State and followed it up with a win over Boise State, who at the time was tied for first place.

It’s time to take the Lobos seriously. If they win their next two games, they could steal the Mountain Division from under the noses of three teams.

Colorado State needs to win its next two games to become bowl-eligible, but right now it’s too hard to pick against the Lobos.

Bad name bowl game alert: From now on, refer to this game as the “We Really Need to Win Out Bowl.”

The Aztecs are riding a six-game winning streak and have won four straight games by at least 23 points. In the last four games the Aztecs have played, I am 2-2 when picking them against the spread.

I guess it’s time for me to put my full faith in the Aztecs.

But before I pick the Aztecs to win by 17 points or more, heed this warning: UNLV is building a legitimate program. Even though UNLV is now led by a different head coach, the Aztecs were routed by the Rebels in the last game of  2013, which ultimately sent SDSU to the Famous Idaho Potato Bowl.

Hawaii still has one of the worst defenses in the country. Last week the Warriors were 10th worst in yards surrendered and this week this week they are 11th worst. At least they have made progress.

Too little to late.

The Spartans have too strong of a running attack to not cover.

This weeks odds were set at 5:30 p.m. on Thursday, Nov. 12, and come from vegasinsider.com. This is not gambling advice, nor meant to encourage gambling.