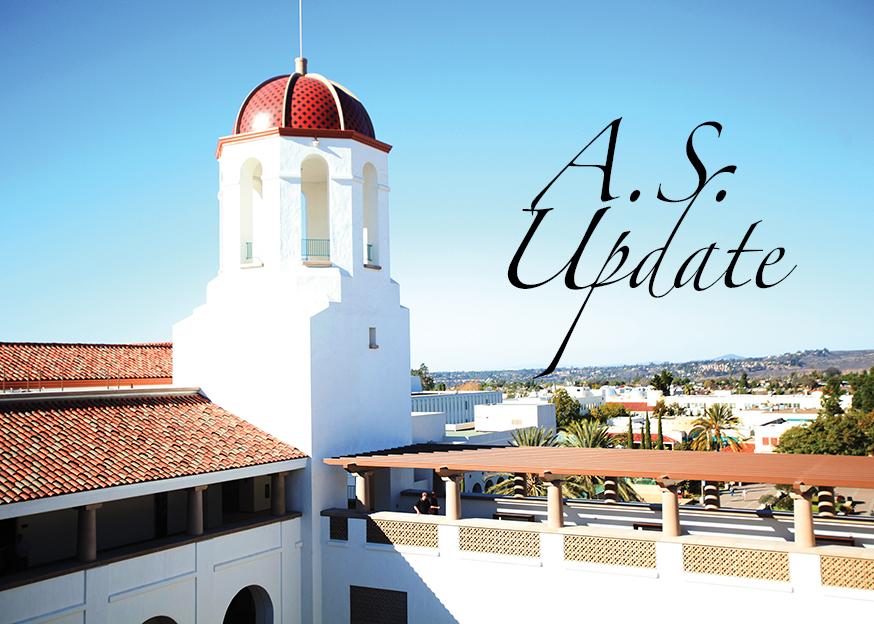 In a joint meeting of the College Life Council and University Council, Associated Students members reflected on their work this semester and got a visit from a former A.S. president, who talked about life after college and his time with A.S.

The councils discussed an issue with a recent California State University policy that requires background checks for all student employees, appointed two members to the elections and appointment committee, and examined their goals for this semester.

Rhetoric and writing studies professor Cezar Ornatowski attended the meeting to update A.S. on the California Faculty Association strike for higher wages and voice his displeasure with the background checks required for student employees at all CSU campuses.

Christina Brown, executive director of A.S., said background checks for new hires, rehires and student employees who haven’t had one in the past year can be an expensive and time-consuming process. Student employees are also required to have at least three references when applying for a job on campus.

“Some students haven’t had a job before and that’s not fair to them,” Brown said.

Vice President of External Relations Tyler Aguilar said students support the CFA with both issues and A.S. members plan to attend the next CSU Board of Trustees meeting Jan. 27 and 28 to speak out against the proposed tuition raise.

Brown announced the construction project to turn the three racquetball courts located on the west side of Peterson Gym into a weight room would be completed over winter break and be ready for use in Spring 2015.

Recreation and Wellness Commissioner Chris Thomas said construction on a new field near the Exercise and Nutritional Sciences field is set to start soon and would be open for use by summer. Thomas said the field would help alleviate the wait list of students wanting to play intramural sports.

Brown said she is looking for A.S. members to serve on a committee to determine what to do with the final space in the Conrad Prebys Student Union. She said it could be turned into a student media center.

Cody Barbo, who served as A.S. president in 2011-12, stopped by the meeting to reflect on his time leading A.S.

Barbo said he didn’t originally plan to get involved when he first came to SDSU, but was inspired by the energy he felt when he was on campus.

He decided to run for A.S. president because he had friends who had gone to SDSU for four years and didn’t know what A.S. was or who their student leaders were.

To help improve the presence of A.S. on campus, he pushed hard for the new student union to be built and he said it has been a huge success.

“It’s not just that Chipotle is great,” Barbo said. “It’s that every room in (the student union) has had an impact on your life whether you know it or not.”

To close the meeting, council members went around the table and said what they did to meet the A.S. vision for 2015. Each item fell under three categories, which were to increase connection and engagement of students, expand cross community collaboration, and enhance marketing and promotion efforts.

A.S. Board of Directors member Trevor Yarnall said the student leaders should look at if they accomplished the goals, and if they didn’t, they should look into why they weren’t able to.

A.S. has a number of events lined up after Thanksgiving break, including California Secretary of State Alex Padilla visiting on Wednesday Dec. 2 from 3:30 to 4:30 p.m. in the Council Chambers on the third floor of the student union, a Good Neighbor clean-up event Dec. 6 from 9 a.m. to noon and De-Stress Fest, which will run from Dec. 7 to 10.