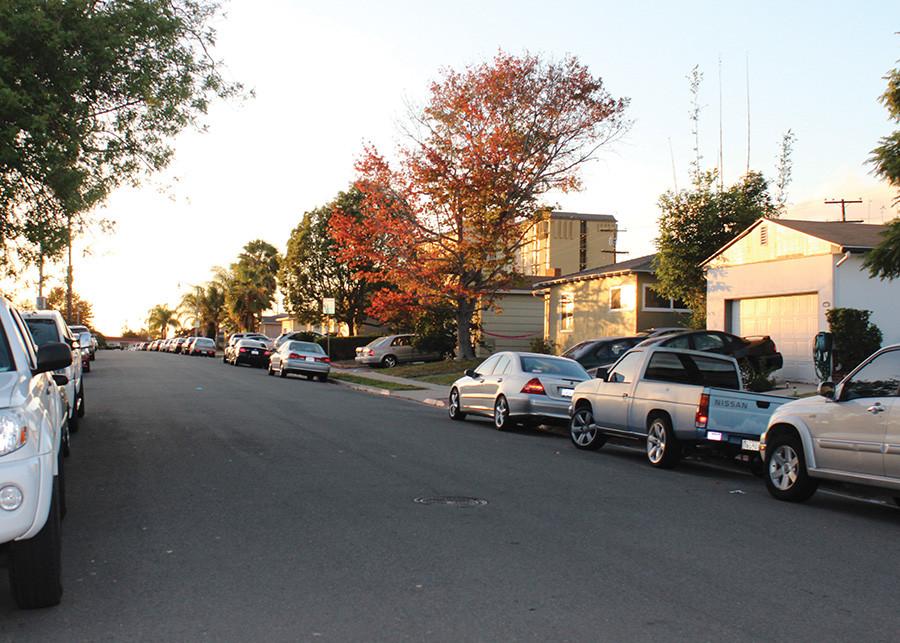 Nearly 200 students opted to wake up early and participate in the Good Neighbor clean-up event hosted by the Campus Community Commission on Sunday, Nov. 8.

At 9 a.m., the students gathered at the Conrad Prebys Aztec Student Union. CCC representatives divided the students into groups of 15-20 and assigned them to one of 10 routes that covered areas between Ewing Street and Faber Way. Within five minutes, students were dispatched with trash bags and gloves in hand.

Several of the students in attendance were fraternity and sorority members, including Kappa Alpha member and mechanical engineer sophomore Anthony Hewitt.

“We came out because we really want to give back to our community,” Hewitt said. “We go to this school, and we kind of add a little mess to the community, so we also want to help clean it up.”

Students found half-filled beer cans and red plastic cups tucked into the bushes lining the streets of the neighborhood, along with leftover candy wrappers from Halloween festivities.

The student volunteers also helped clean up a nearby house that had been toilet-papered. The flowers on the house’s front lawn had been plastic-wrapped and glitter was thrown all over the driveway.

The CCC looked into the report but was unable to fully clean the home since it turned out to be a joke between friends. Lindsey Leathers, resident of the home, said it was part of a prank war she and her roommates had with their friends.

“What they need to understand is that these pranks affect everyone,” College Area Community Council Vice President Rhea Kuhlman said.

Seventy percent of the College Area residents are college students, while the remaining 30 percent feels the repercussions of excessive partying, trash, lack of parking and property damage, CACC President Jose Reynoso said. There have also been complaints of students urinating on lawns and one party attended by nearly 300 students, Reynoso said.

Occurrences like these have created an “us vs. them” mentality between members of the College Area community, Reynoso said.

The Good Neighbor clean-ups are one of many attempts to mend this relationship.

To promote this change, the CCC aims to educate students on relevant local and state laws and proper behaviors, and also encourage interaction among students and other members of the College Area community.

“I think the community clean-ups are a way to show the community at large that (students) are a part of it and that they do care and want things to change,” Reynoso said.

Aside from the Good Neighbor clean-ups, the CCC teamed up with the CACC to organize an ice cream social where both students and community members were invited to join. They are also working on creating an informational video that would be shown to incoming freshmen at orientation, as well as students preparing to move into homes. The CCC has also reached out to other universities in San Diego, such as UC San Diego and University of San Diego, to have a joint community event and break the party-driven stereotype surrounding college students, Matlock said.