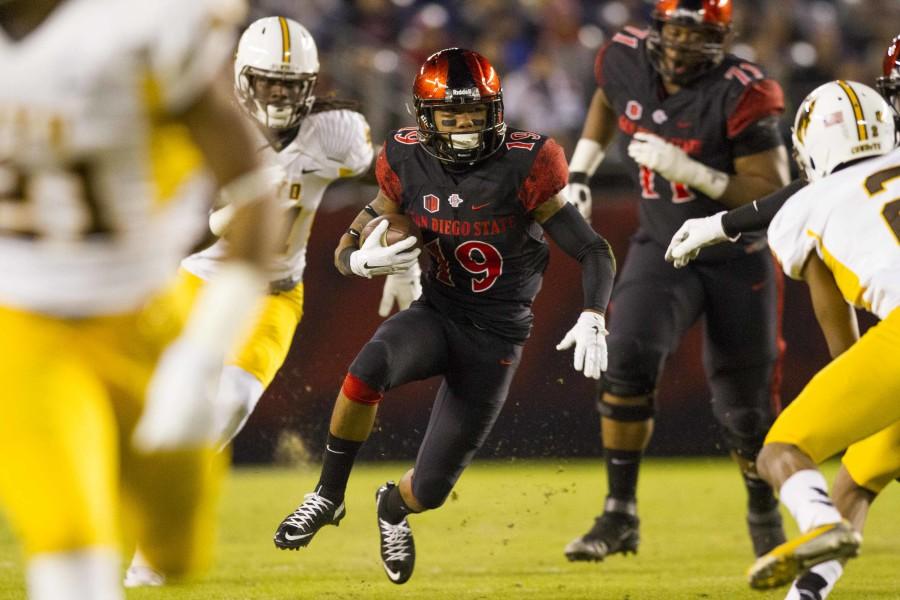 UNLV at University of Wyoming (+2)

Bad name bowl game alert: From now on refer to this game as: “The Up and Coming Bowl.”

This game is exactly what the bad name suggests. Both programs are at low points and both teams have good coaches trying to institute a new system.

Let’s revisit this pick ‘em in two years from now, and we will see how far these two teams have come.

BYU continues its undefeated tour of the MW, but Utah State poses the biggest MW challenge for the Cougars.

Utah State has been in a weird place after beating Boise State and asserting itself atop the Mountain Division of the MW. Maybe BSU isn’t as good as everyone believes or maybe the loss against SDSU did more to the Aggies than anyone from the outside could tell.

Either way, Utah State has already finished all conference games and is already bowl eligible.

SDSU fans need to root for Utah State in this game because a Utah State win could make BYU a less favorable pick to go to the Las Vegas Bowl. The Las Vegas Bowl picks one of its two teams from either BYU or a MW school, and this is the most lucrative bowl a MW team could qualify for.

It’s high time that Nevada head coach Brian Polian returns to Qualcomm Stadium. Now let’s hope and pray that the officials blow umpteen calls in favor of SDSU, so we can watch Polian melt down. He’s the greatest sideline show in the MW.

No in-depth analysis is needed to say that the Aztecs will continue to run the ball well and still dish out bone-grinding hits on defense.

New Mexico is getting boatloads of credit due to two wins that no one outside of the New Mexico program could have predicted. The Lobos are still not a great football team. That is the bottom-line truth.

Air Force still boasts a defense that ranks in the top 15 in the Football Bowl Subdivision and is facing a New Mexico team with two quarterbacks who each have thrown more interceptions than touchdowns.

Both teams have had disappointing seasons. I have chronicled Fresno State’s trouble with the law, but I haven’t paid enough attention to Colorado State.

Colorado State came into this season with a new head coach, Mike Bobo, and a highly-rated receiver, junior Rashard Higgins. While Higgins has still posted very good numbers, he has not been the game-changing force that everyone anticipated.

The Rams are bowl eligible after last week, but a win here will potentially earn the Rams a better bowl game.

Las Vegas has probably lost so much money on Hawaii this year that it finally decided to give up on the Warriors. The Warriors are 3-9 against the spread this year.

Since I can’t pick against the spread, I will pick the winner.

This week’s odds were set at 5:30 p.m. on Thursday, Nov. 26, and come from vegasinsider.com. This is not gambling advice, nor meant to encourage gambling.