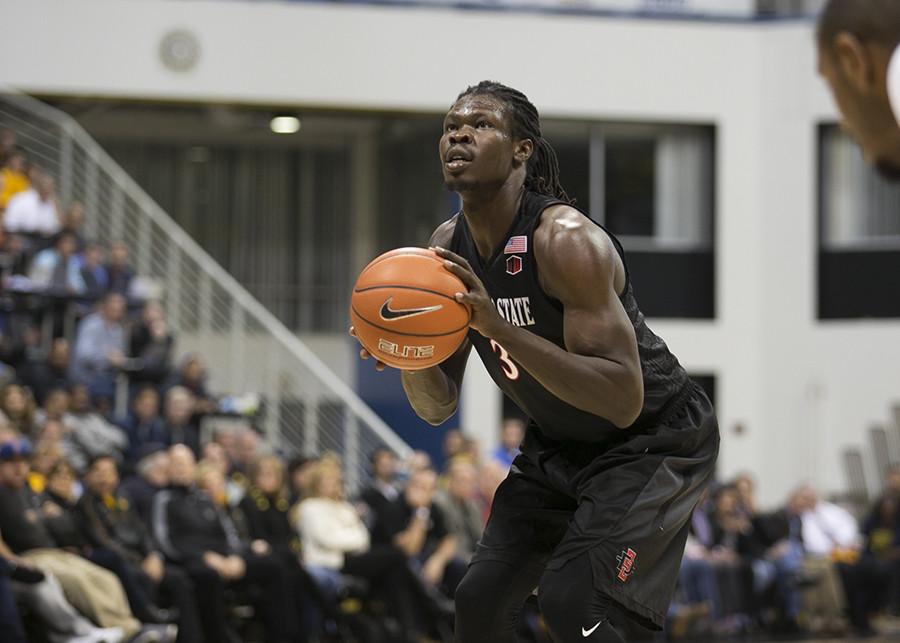 In fact, in previous seasons it has been a thorn in the Aztecs’ side and a difference-maker in close losses.

The Aztecs shed that stereotype Tuesday night, going 22-for-27 from the charity stripe en route to their 76-72 win over Long Beach State. SDSU is now shooting 71.2 percent from the free-throw line.

“It’s important, no question about it,” Fisher said. “Especially the way the game is now being called we should be able to get (to the free-throw line) 25 to 30 times a game.”

Senior forward Winston Shepard came into the game shooting 75 percent from the line, and improved on that mark Tuesday, going 8-for-8 to lead the team in that department.

Most of the Aztecs’ free-throw success came in the second half when they hit 15 of 19.

“It’s just coach Fisher in practice, he’s telling us we’ve been shooting better at the free-throw line as of late … we’ve just been working a lot in practice,” sophomore guard Trey Kell said.

SDSU has shown this season that it will beat teams several different ways, whether it’s a lineup change, a sneaky zone scheme drawn up by Fisher or hot 3-point shooting.

But it’s been a while since the Aztecs were able to secure a lead in a tough road environment on the back of their free-throw shooting.

“You can’t give away points when you get there, and we’ve done a nice job of making free throws,” Fisher said.

With 7:45 left to go in the game, Kell’s stat line was nothing to write home about.

Not to mention the Aztecs lead had disintegrated as they were tied with Long Beach State 53-53 coming out of a timeout.

“I told him at one point, ‘Trey, I need you to be the best player on the floor, believe that you are and when you get your shot, take it,’” Fisher said.

With the Walter Pyramid as loud as it was all night, Kell answered the call from his head coach as he put the game out of reach with his stellar 3-point performance.

The 49ers took a one-point lead coming out of the timeout, but Kell then silenced the crowd with a contested 3-pointer to put SDSU up 58-56.

Kell finished the game with a team-high 13 points and finished 4-for-7 from beyond the arc.