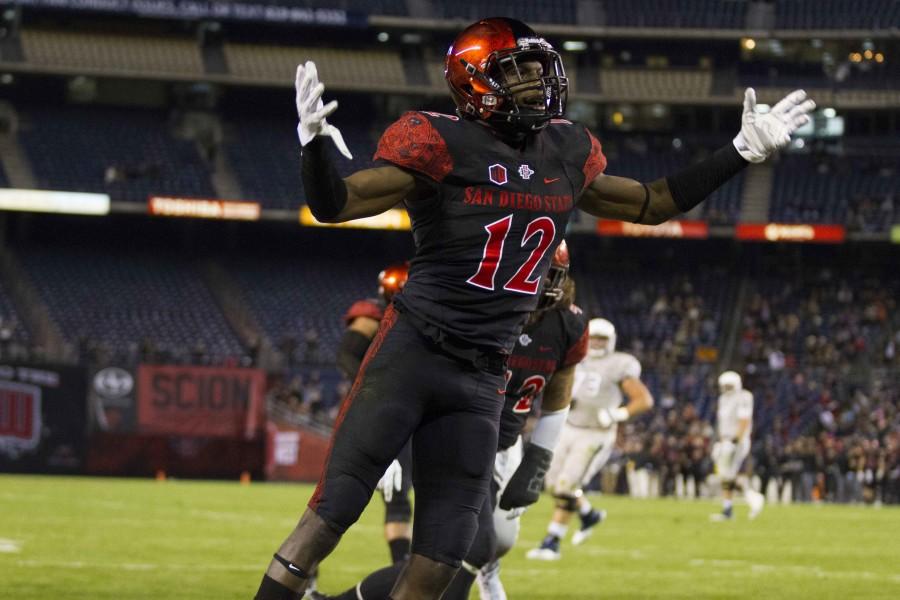 This is a pick ‘em of every conference championship game plus commentary on a variety of college football situations. This is the place where, on paper, Group of Five and Power Five champions will be crowned.

This week, Kris Keehl will pick  conference championship games against the spread. Play along and criticize him @IamKRISKEEHL.

The Aztecs are down graduate-transfer quarterback Maxwell Smith and defensive lineman Christian Heyward this game, which is an immediate disadvantage. But redshirt-freshman quarterback Christian Chapman looked good in the three quarters he replaced Smith against University of Nevada.

Once again, the Aztecs will continue to run the ball well, and the defense will be staunch. People are making a big deal about Air Force’s option offense because the Aztecs haven’t faced the option all year. Let’s not forget the defense is anchored by upperclassmen that have faced the option, and will likely rely on previous experience to help counter the option attack.

In its final game, Houston crushed Naval Academy to win the right to play this game. This year, Houston has beaten an SEC team, and two explosive offenses in conference games.

Most people don’t realize that Bowling Green beat two Power Five schools this year, which is impressive for a team that most of the United States hasn’t heard of.

Western Kentucky’s senior quarterback Brandon Doughty was just named the AutoNation National Offensive Player of the Week and he has a really killer sleeve tattoo on his non-throwing arm. That’s good enough for me. They sound like winners.

Arkansas State was named champion with a 7-0 conference record, finishing the seasons 8-3 overall.

One scenario every college football fan should root for is USC upsetting Stanford and Florida upsetting Alabama. By the College Football Playoff Committee’s logic that would knock the SEC and Pac 12 completely out of contention for the playoff. The last time an SEC team wasn’t in the running to make a national championship was in 2005.

Stanford head coach David Shaw’s squad shows up and wins against new USC head coach Clay Helton. Then everyone discusses why Shaw is the best college coach to never be a head coach in the NFL and then the conversation goes away only to be discussed in a similar circumstance next year.

Both of these teams are scary because no one knows if they are good or not. The assumption is that Clemson is the best team in the land, they have wins against Notre Dame and Florida State to back up that assertion, but the rest of Clemson’s wins aren’t against overly impressive opponents.

North Carolina, when being compared to other Power Five teams, has done well playing a fairly weak schedule.

All this amounts to the potential for a huge postseason failure for the ACC. But no one will care because ACC basketball will come in and dominate and rescue the conference, and then in February all will be forgiven when everyone forgets that the ACC even plays football.

This is an enticing pick for non-gamblers. Florida just got done getting crushed by Florida State, and now they are expected to compete with a more physical and more talented Alabama team? Seventeen-and-a-half points doesn’t begin to explain the whooping Alabama is going to lay on the Gators, but, for reasons previously outlined, please deliver the Crimson Tide into the mouths of hungry Gators. Amen!

Michigan State head coach Mark Dantonio is the only head coach to beat Urban Meyer, proclaimed by some as the best head coach in college football, twice in the last three years.

Iowa has played less ranked opponents than MSU but still managed an impressive undefeated record coming into this game.

The Big 12 doesn’t have a conference championship, which is a total joke and should not be allowed by the NCAA. Is it fair that University of Oklahoma is ranked No. 3 and is more or less a lock in the playoffs because they have no chance of losing this week?

Five of the top seven team in the country could lose this week, but Oklahoma is safe and sound. It’s wrong, and it should be held against them.

Theoretically, Iowa could lose this weekend and finish the season with a 12-1 record, which would give the Hawkeyes the same amount of losses and one more win than Oklahoma, but miss the playoffs. The message is clear. Iowa could be punished for making the conference championship.

Bad name bowl game alert: from now on, refer to the game that Oklahoma isn’t playing as “The Ghost Town Bowl.”

Under. Unfortunately, the people of San Diego have not supported the Aztecs all year, and Air Force won’t bring 20,000 of its own fans.

Over. Air Force runs a lot with the option, and obviously the Aztecs will run the ball with two good running backs and a quarterback making his first start.

Under. Chapman throws 10 passes, but after the game we find out there was 11 pass plays called and Chapman checked out of one of them.

Over. But only because Chase Price rips off a 82-yard run after a screen pass.

This weeks odds were set at 5:30 p.m. on Thursday, Dec. 3, and come from VegasInsider. This is not gambling advice, nor meant to encourage gambling.