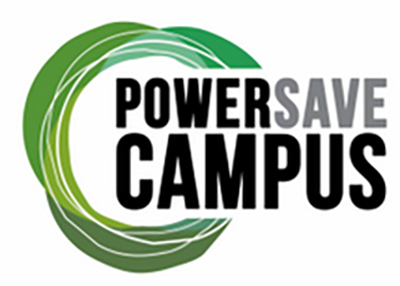 The event was held as an ECOalition event, a group including all the environmental and sustainability organizations on campus founded by PowerSave Senior Team Manager Stephanie Hernandez.

Hernandez began the coalition after noticing many of the student organizations weren’t discussing ongoing projects and possible collaborations, she said.

Members from different student organizations such as Green Love, GreenFest and the environmental business society E3, as well as various faculty members and administrators, were invited to the event to have interactive discussions about what they can provide for students, Hernandez said.

“We want to have an open environment where students don’t feel like their voice can’t be heard regarding sustainability on campus because it’s really hard, I’m not going to lie,” Hernandez said. “The purpose of this forum is not to focus just on one topic but the different projects and initiatives that can happen on campus.”

The event allowed all students to find out about other sustainable projects on campus, PowerSave Treasurer Ali Yost said.

“There’s a lot of students that are very passionate about a lot of things, and they don’t really know where to go,” Yost said.

Faculty and administration were also at the event, such as Conrad Prebys Aztec Student Union Assistant Director of Facilities David McGrew.

In addition to continuing the student union’s tradition of sustainability, McGrew said it was also important to follow the example set by students who are seriously engaged in sustainability.

“I can tell you guys are looking out for not just your generation but the future generations,” he said.

Student leaders and professors led discussions on topics such as recycling, waste, landscaping and educational projects.

“We had students expressing their viewpoints, and then we had the faculty members and the professors explaining how everything sustainably works on their end,” Yost said. “Just having that diversity was really helpful.”

The timing of these events coincides with the ongoing climate summit in Paris, as well as San Diego’s recently announced climate-action plan to use only renewable energy by 2035.

“ECOalition kind of occurred when a lot of talk happened within the last year on the climate action, and we kind of thought this would be the perfect opportunity to do that,” Hernandez said.

“That really pushed PowerSave and students to just say … ‘Let’s see this happen,’ because no one’s talking,” Hernandez said. “They talk to each other, but nothing goes beyond the walls of the meeting room.”

The forum marked the last event hosted by the PowerSave Campus team, which has been put on hold for the time being because of a loss of funding.

PowerSave normally receives funding on a rolling basis from investor-owned utilities of California. Due to changes in education and training from IOU, the PowerSave team must apply to receive funding, alongside other student groups, Yost said.

If PowerSave is approved to receive more funding, the earliest it could restart would be the spring of 2017 to meet modifications required by IOU.

PowerSave is still waiting to hear if its funding has been approved.