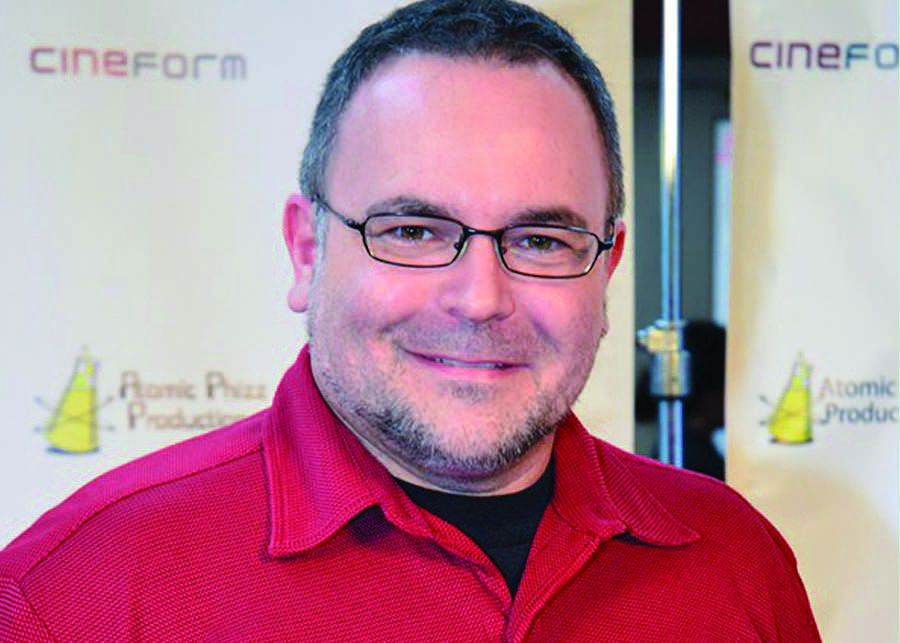 Koenig was required to choose from two genres, either inspirational film or mistaken identity. He needed to include the characters Keeton or Katie McCurdy, nuclear physicist. He had to incorporate the line, “Is that what I think it is?” And, lastly, he had to use a kitchen utensil as his prop. Also, the entire film had to be made in 72 hours.

The result, a film called “Smiler,” is about the invention of an android named Smiler who was built with good intentions in mind, but once it gets into the wrong hands, a case of mistaken identity leads to a tragic turn of events.

Koenig went into SDSU’s film program without any former experience in film when he was working as a journalist.

He received his associate’s degree in journalism at Palomar College. He then obtained his bachelor’s degree in political science and literature and writing studies at Cal State San Marcos where he graduated in 1995. Three years later, he decided to stray away from his journalism career and got into SDSU’s master’s program in film.

“At the time I was there, it was tough to get into UCLA and other schools because they wanted film bachelor’s students, and I didn’t have any film experience to do a master’s,” Koenig said. “So, San Diego State was looking for people who did not have experience, which I really appreciated. It made for a really diverse group of people to work with and learn from.”

SDSU’s film program not only helped Koenig’s film career with its diversity, but also with its technological advancements.

“I think now a lot of schools are up to speed on digital technology,” Koenig said. “At that time, it was all relatively new, and I think State was a smaller program at the time. They had a lot more flexibility in terms of what they could offer in new media. It was really cool time to be there for that.”

Koenig’s involvement at SDSU didn’t stop after he graduated from the film program in 2000. He continued to teach at SDSU as a journalism and media studies professor from 2001 to 2007.

In 2007, he picked up teaching full-time at San Diego City College as a journalism program adviser.

Despite his career choices as a journalist and professor, Koenig still devotes himself to film.

Koenig believes his biggest achievement so far is being a part of the San Diego 48 Hour Film Project with his 2014 film “Bunney.” The film went on to receive nominations from the corporation for best director, best actress and best cinematographer.

Koenig plans to work part-time at San Diego City College in order to focus more on his film career and pursue the development of his own news publication, North Coast Current. He’s also returning to SDSU in the spring to teach a journalism and media studies capstone course.

“I do believe he’s going places, and I’m thrilled to ride on his coattails,” said Suzana Norberg, the actress who plays Katie McCurdy in “Smiler.”