Aztecs’ post effort leaving a lot to be desired so far 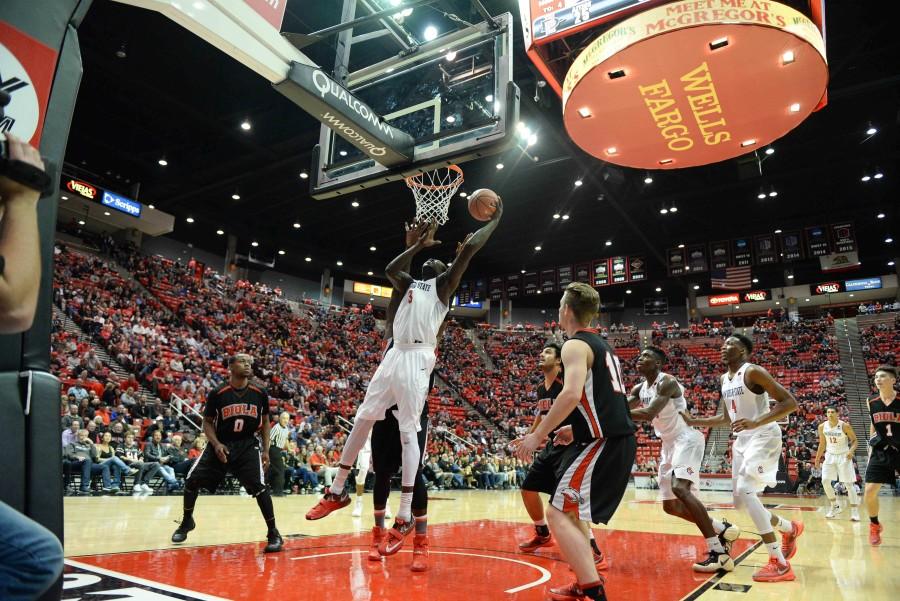 Yet, once again, SDSU was plagued by its inability to make a basket.

The Aztecs scored 13 first-half points against University of San Diego. That’s less first-half points than SDSU managed in its 49-43 loss to Little Rock, and only the second time this season SDSU has scored fewer than 20 points in a first half.

The Aztecs started the game flat and uninspired.

The truth is, the guys in the paint literally and figuratively dropped the ball.

Against USD, the Aztecs were outscored in the paint and out-rebounded in the first half with the Toreros enjoying an 8-to-1 advantage in offensive rebounds.

“You could stumble into three or four or five offensive rebounds if you just move a little bit,” head coach Steve Fisher said after the ugly loss.

Yet this game was not an isolated incident. It was the continuance of a theme.

In the second half against Long Beach State, the Aztecs were outscored in the paint and out-rebounded. The 49ers grabbed nine more offensive rebounds than the Aztecs during that time.

Out of the four halves the Aztecs played in Las Vegas against West Virginia University and UC Berkeley, they were outscored in three of them and out-rebounded in two.

The loss against USD was not surprising, it was the result of a team that was already trending downward.

After the loss, Fisher was irate. What he thinks will fix his team is not an exotic concoction of basketball schemes, reminiscent of the famous 1-3-1 zone than helped the Aztecs overcome a 16-point deficit and beat University of New Mexico for the MW title in 2013.

Effort may be the missing ingredient to a recipe that has been on the verge of disaster, but effort is far from the only deficiency.

To complement the lack of inside scoring — read: dribble-drives, post-ups, put-backs, alley-oops — the game outside the paint has been equally disastrous.

SDSU went 2-2 over those four games when it easily could have lost all four.