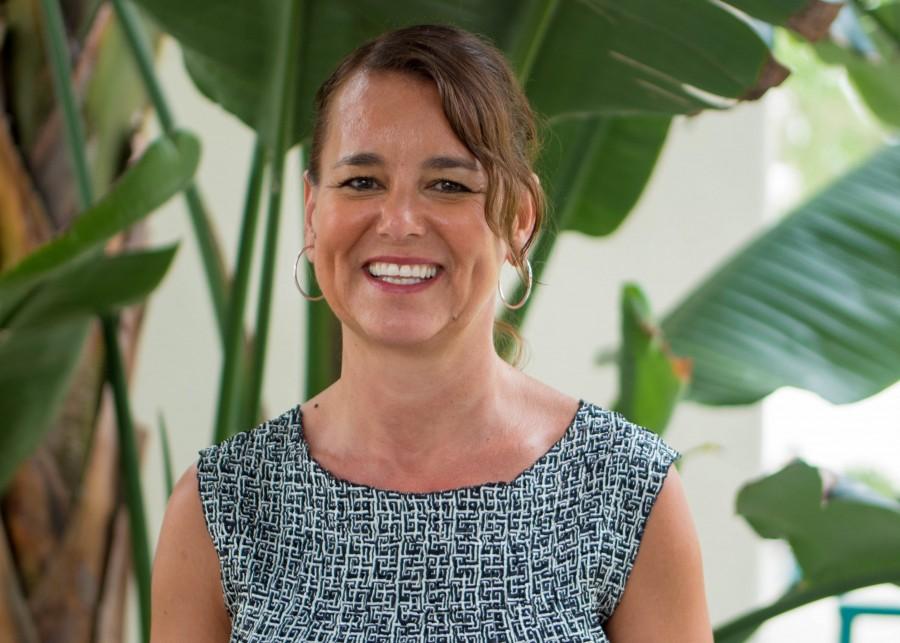 Child and family development assistant professor Sarah Garrity has always been interested in babies and the idea of continuity of care. Although San Diego State’s Children’s Center practices a model of continuity of care in which children stay with the same teacher from the time they enter the program until the time they leave for kindergarten, Garrity decided to study this program so she could illustrate a successful model that other programs could imitate.

Garrity recently received a fellowship from the Simms/Mann Institute, an institute that specializes in education and community development, for her research in continuity of care in early care and education programs. With this fellowship, Garrity, along with 13 other chosen faculty members, will help the California State University system expand its early childhood care and education provider programs for young children up to age three.

Garrity, child and family development assistant professor Sascha Longstreth and graduate student Mashaael Alwashmi, who graduated from SDSU last year, all co-authored the study “A Qualitative Examination of the Implementation of Continuity of care: An Organizational Learning Perspective,” which was published in Early Childhood Research Quarterly.

Garrity sought to improve a model of continuity of care that could be implemented at various children’s centers because of the advantages that come from stable relationships between infants and responsible adults.

“Continuity of care supports and nurtures the important relationship between the teacher and the child, recognizing that children develop within the context of relationships,” she said.

The concept stems from findings suggesting teachers can read a child’s emotional cues and respond appropriately when a child and his or her teacher are tuned in to one another. Due to this, children in continuity of care have a better chance of succeeding in school.

“Children can learn that they are powerful, that the world is a safe place, and that their needs will be met,” Garrity said. “These types of responsive relationships that occur over time support children’s development in many domains, including communication, cognition, social emotional competence and moral understanding, all of which are important predictors of children’s success in school.”

A continuity of care program is not like day care, but rather a second home for children who are cared for by highly skilled individuals.

“The nice thing about continuity is that it’s like a second family,” Longstreth said. “It’s really something a parent loves because they feel like when they drop their kids off, they’re not just dropping them off at school — they’re dropping them off with someone who really cares about them.”

Despite all of these advantages, the field of early care and education is belittled by low pay and disappointingly minimal requirements — only 12 units in child development and no degree — in order to be an infant teacher in the state of California.

Garrity’s major finding from her study was that the SDSU Children’s Center successfully implemented continuity of care because of its highly-trained workforce of students with B.A. degrees in child and family development from SDSU.

“Unfortunately, infant/toddler teachers in the United States are often considered babysitters rather than the highly-educated, reflective professionals that I encountered at the Children’s Center,” Garrity said.

Garrity hopes that her research draws attention to the need to enact policy that supports infants, toddlers, their families and the early care and education workforce.

“There needs to be systems-level change in order to personalize the field of ECE into a professional field of practice similar to doctors, lawyers and teachers in the K-12 system,” Garrity said.

Garrity’s research aims to ultimately teach people about society’s need to build strong brains during a child’s early years so he or she enters school curious and ready to learn.

“Neuroscience clearly tells us what needs to be done to build strong brains, yet this science is not translated into practice,” Garrity said.

Society has yet to realize the importance of developing a child’s brain at infancy, which has led to the neglect of the field of early care and education, but Garrity’s research will hopefully revolutionize infant care.