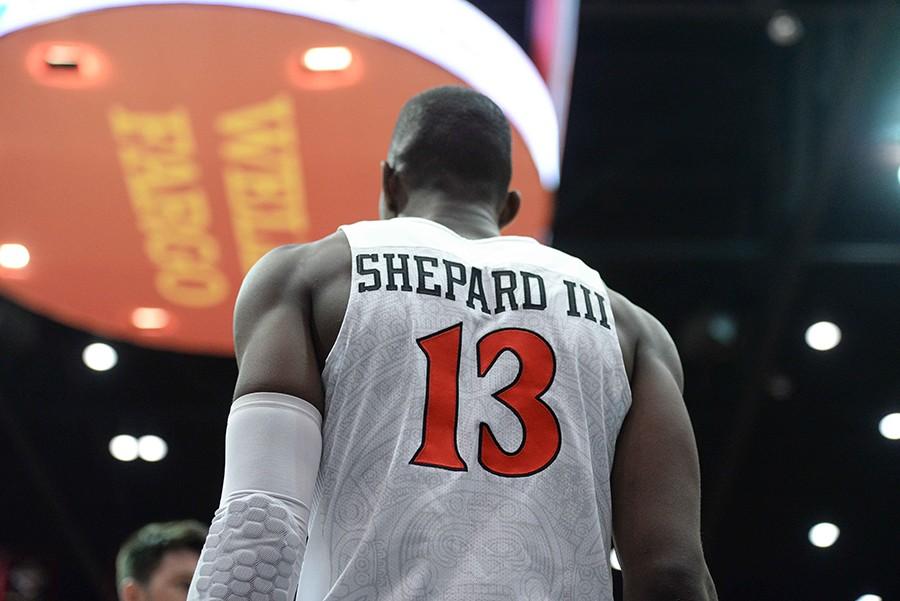 While success is the ultimate goal, failure provides the necessary lesson it takes to be successful and the self-reflection to ensure those failures are not repeated.

This is a reoccurring message in sports, from the foundational youth athletics to the highest tier of professional sports. How that message is received, however, depends on the athlete, coach and team.

Insert the 2015-16 San Diego State men’s basketball team, and that message has been firmly grasped, as demonstrated by opening conference play 5-0 for only the third time in program history, which comes after a 7-6 nonconference record to start the season.

“Three of our main contributors are freshmen with guard Jeremy (Hemsley),  forward Zylan (Cheatham) and Ben (Perez),” sophomore guard Trey Kell said. “With them playing a lot of minutes they don’t know what every game is going to be like in college.

“Sometimes in high school you know you’re going to win this game when that’s not a fact in college. You have to come out and be ready to play every game. Those games helped us be the team we are today.”

The youth and inexperience of the Aztecs helped drag down the quality of play when the team played lesser competition and were embarrassed in front of their home crowd multiple times.

Prior to the season SDSU won 84 straight games at home against teams that ended the season with a rating percentage index (RPI) ranking of 100 or worse.

This season the Aztecs have lost to two teams in Viejas Arena with an RPI of 100 or worse in University of Arkansas-Little Rock and Grand Canyon University. They also suffered an embarrassing loss in front of thousands of San Diegans at Petco Park at the hands of cross-town rival University of San Diego last month, which at the time had the No. 314 RPI.

“It was just a learning process,” senior forward Skylar Spencer said. “Sometimes you learn by taking losses and I think something finally clicked and we’re learning from our mistakes. We have a team that learns from experience. It was a curse and a blessing because it really taught us a lot.”

Now with the message clearly understood it is all about maintaining that focus and remembering those failures from earlier in the season.

And with a team filled with teenagers and newly minted adults it falls upon the coaching staff to reiterate that message.

“If you stay on edge, it’s a plus for you,” head coach Steve Fisher said. “We have to preach to that and we have to be alert and vigilant ourselves as coaches to say if we think somebody is not pulling their weight to get them out and get somebody else in.”

With the coaches reminding this team of the lessons learned from their past failures, it is no surprise that success has come in bunches for this Aztec team recently.