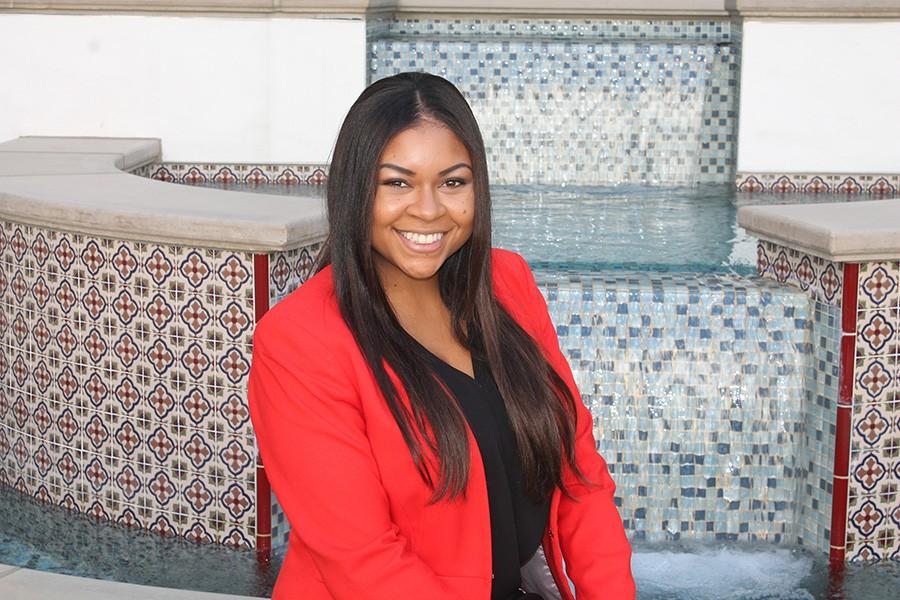 Andrea Byrd, an advertising major and vice president of university affairs, is entering her last semester at San Diego State.

For example, she helped roll out the new waitlist system at SDSU this semester as head of the University Affairs board.

Byrd also oversees and directs all nine college councils on campus, which includes all of the different colleges plus the graduate student association, the undeclared college council and the Weber Honors College.

Originally, Byrd came to SDSU as a marketing major. When she first applied, Byrd wanted to pursue advertising, but she didn’t know the major was under the journalism department. So she instead decided to go with marketing.

“I took Accounting 201, and I absolutely hated my life,” Byrd said. “I found from someone in (business fraternity) Alpha Kappa Psi that SDSU had an advertising major, so I finally switched over from business to advertising and I just loved it.”

Byrd wasn’t always sold on coming to SDSU because it was so close to her home, she said. However, she was drawn to the school once she visited the campus.

“I admired the diversity that I saw here,” she said. “I admired that there was opportunities for every student, and it just felt like a welcoming environment.”

One big reason that made the native San Diegan stay was the people who she met on campus.

The first organization Byrd joined on campus was the African Student Union. She met her best friend in the organization. She met journalism majors in the fraternity who got her involved in KCR College Radio.

“It’s definitely probably been one of the organizations that shaped my college experience the most,” she said. “I’ve been able to take what I’ve learned from there and apply it to my different roles on campus, and teach other people what I learned.”

Looking back on her college experience, Byrd appreciates how much she has grown throughout her years at SDSU.

“I think that’s what your college experience should be about in the classroom,” she said. “You should see yourself grow in the classroom and not just sit there and soak in information.”

Byrd was recently recognized for all of her accomplishments by being elected as one of the 2015 Homecoming Royals.

“It was the icing on the cake of my college experience,” she said.

The accomplishment that she’s most proud of, however, was being elected for her position in Associated Students.

After she graduates this spring, Byrd is not sure exactly what field she wants to go into. She may want to go into advertising or possibly go into consulting for professional development.