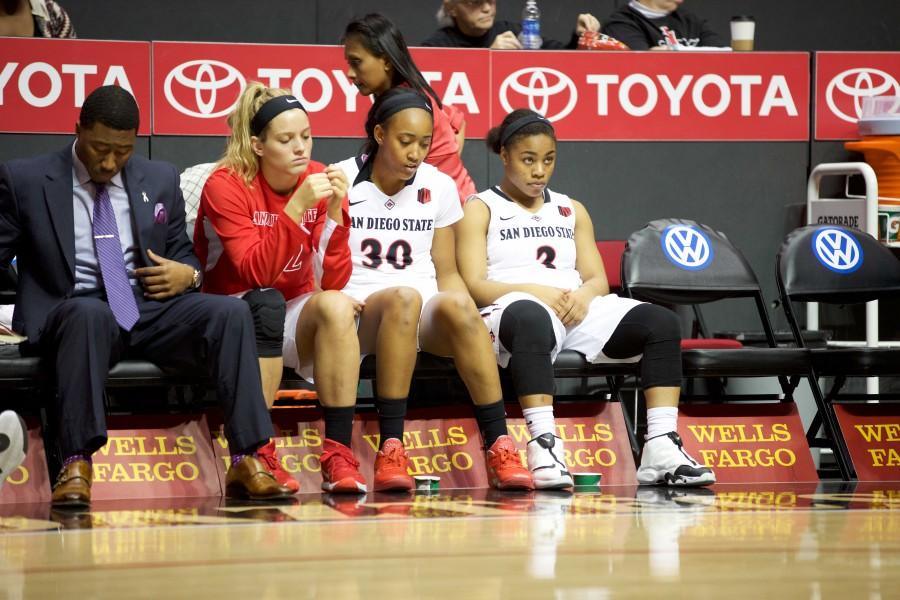 With the turning of a new month in the calendar, San Diego State women’s basketball was hoping to turn a new leaf on a season which has been plagued by a series of unfortunate events.

In January, the Aztecs went without winning, going 0-8 to start the new year.

And they didn’t fare any better in their first game in February as they were defeated by Colorado State 70-54 Wednesday night.

“(The year) 2016 has not been kind to the Aztecs, that’s for sure,” SDSU head coach Stacie Terry said.

Entering Wednesday, CSU was riding a 16-game win streak and boasted an 18-1 record, which included a perfect 8-0 record in the Mountain West.

However, Wednesday’s game was a different story, and the conference leader dominated the Aztecs.

The Rams were able to limit and shut down sophomore guard McKynzie Fort, whose average of 14 points a game leads SDSU.

Fort was held to just nine points. This was the third time in the last four games the sophomore had been held to single digits.

The Rams’ red-hot shooting ultimately became too much for the Aztecs to handle.

Additionally, the Rams out-rebounded SDSU with a 32-24 differential.

Although there were times during the game when the Aztecs moved the ball efficiently and created quality shots, SDSU only had eight assists as a team.

Despite all of the negative, the Aztecs were able to garner some positive from this defeat.

SDSU went 8 for 10 from the free-throw line, positing its best free-throw percentage of the season.

Terry admires her team’s ability to remain positive through these difficult times.

“We’ve been working hard to correct the mistakes that we make game after game and these young women have done a great job of coming back and having the right attitude after that, so I admire them for that,” Terry said.

The Aztecs will continue the road trip Saturday to take on University of New Mexico.