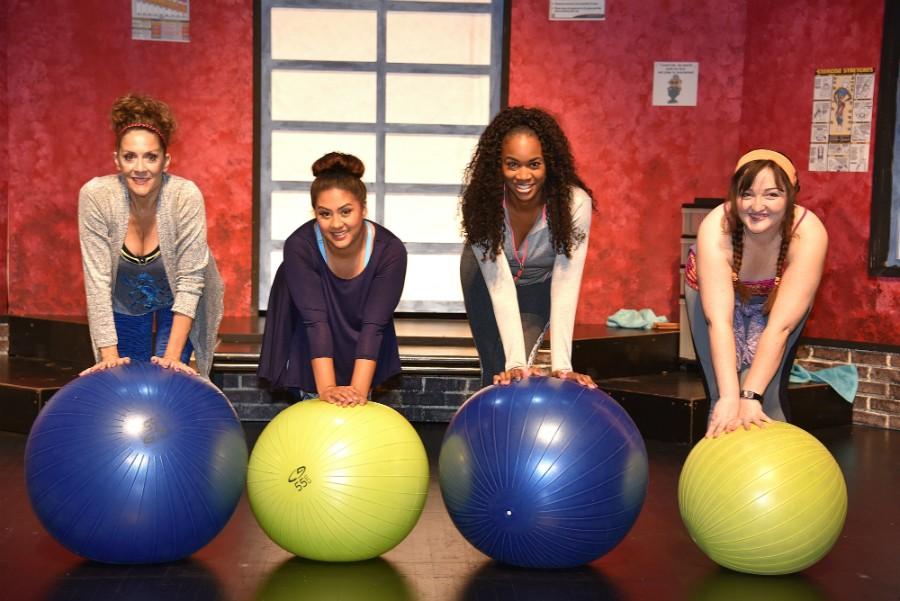 She graduated in 2014 with a bachelor’s degree in applied arts and sciences with an emphasis in performance, as well as minors in both Africana studies and women’s studies.

Brown said she loved to dance and sing from a young age, but she always preferred singing. Although several things inspire her, she finds her greatest inspiration within herself.

Since her graduation, the alumna has made quite a name for herself — appearing on television shows and singing background for John Legend. She has also appeared in several musical productions around Los Angeles and San Diego County, including “The Wiz,” “Pal Joey,” and “Grease.”

Out of all the musicals Brown has done, she names her favorite as “Smokey Joe’s Cafe” at the Candlelight Theatre in Claremont, California.

“’Smokey Joe’s Café’ was just a lot of fun because it was a musical review of popular songs from the ’50s,” Brown said. “It was just a really fun collection of music.”

The recent theater alumna is currently in “Waist Watchers The Musical!” directed by John Anderson, the production manager at the San Diego Repertory Theatre.

“It is a pleasure to direct Yvonne in a play,” Anderson said. “Her inventiveness leads her to make bold, unexpected and delightful choices in her role. Having managed a theater here in San Diego for 13 years I have come to expect excellence from the many Aztecs with whom I have worked.”

The show follows four women in Cook’s Women’s Gym as they tackle anything and everything dealing with their dietary and assorted body image issues. “Waist Watchers The Musical!” is meant to parody 22 songs with rewritten lyrics. The entire cast was hired out of San Diego.

“Waist Watchers The Musical!” is an improvisation-type musical with no fourth wall.

“It’s really interactive with the audience,” Brown said. “In all of the other musicals I’ve been in, when you’re on stage, you’re in your own little world, but with Waist Watchers, the audience is part of our world.”

Although the recent theater alumna has starred in several musicals, she said her biggest accomplishment to date was her recent audition for Kelly Rowland on Black Entertainment Television.

In the future, Brown plans to move to Los Angeles to work in the music industry.

Audiences can catch Brown’s homecoming in “Waist Watchers The Musical!”at the Lyceum Space in the San Diego Repertory Theatre from February 24 to March 27. The show runs approximately 90 minutes with no intermission.