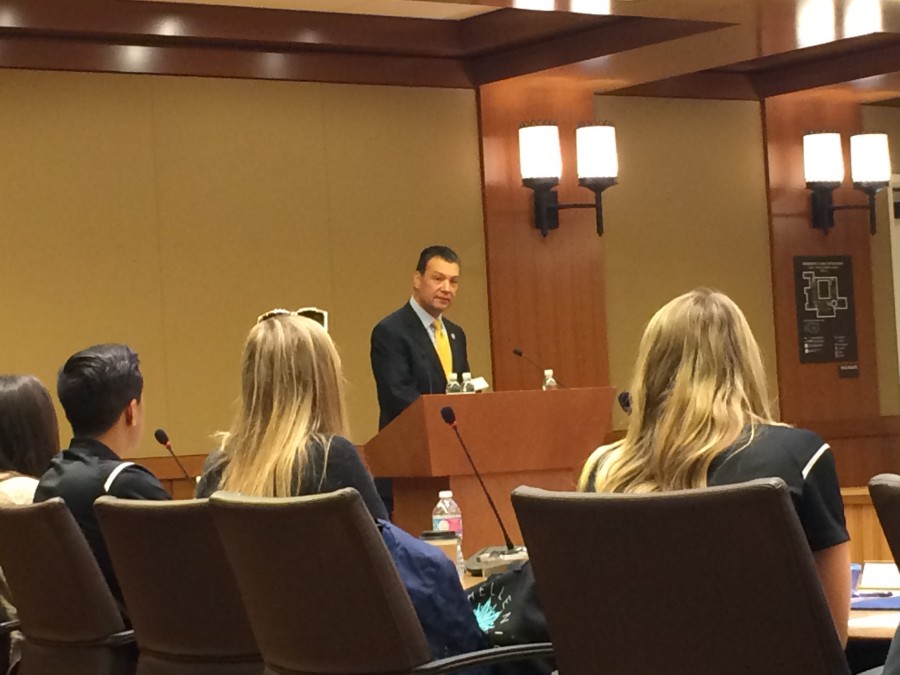 The College Life Council of Associated Students had its first meeting of the semester on Wednesday, Feb. 3, during which it discussed future plans and welcomed special guests Alex Padilla, California Secretary of State, and Micheal Vu, San Diego registrar of voters.

Padilla has been in elected office for 17 years and spoke on the importance of being politically engaged. He said his goal has always been to make his community a better place. He said he realized changing the world cannot be done alone.

Padilla said his job as Secretary of State is to ensure elections are being conducted appropriately, to oversee business filing and campaign financing information, and to be the custodian of the state archives.

He said it is the citizen’s job to vote.

“Voter registration is a power tool that levels political playing field,” he said.

Padilla said every vote matters and makes a difference. He urged the 600,000 unregistered San Diego residents to register themselves to vote.

“Get involved or continue to be attacked,” Padilla said. “If you are 18 and a citizen of the United States you have a right to vote.”

They discussed utilizing the Rock The Vote Campaign and the use of social media to remind students that voting is important.

Vu described his position as registrar of voters as that of “a mass wedding planner.”

He said millions of people exercise their right to vote and anything could happen.

Vu said that in 2008 San Diego had an 84-percent turnout during elections and he knows there could be an even greater turnout if college students exercise their voting power.

A.S. Recreation and Wellness Commission Chair Chris Thomas announced that SDSU is the first university to have a state-of-the-art lifting space for sports clubs.

He also announced the school’s gyms are at an all-time high usage at a total of 16,788 memberships.

The racquetball courts were converted into the club lifting gym.

University Affairs Board Chair Andrea Byrd said that on Feb. 9 from 10 a.m. to 2 p.m. an assistant dean from each college will be holding a panel discussion in front of the sun dial by Hepner Hall.

Aztec Student Union Board GreenFest Committee Chair Patty Masengale announced that she has received participation from every ASUB commission for GreenFest, which will take place April 17-22, 2016.

Sustainability and Green Love Commission Chair Megan Goodman announced the opening of hydration stations at the following buildings: Hepner Hall, Education and Business Administration, and Professional Studies and Fine Arts. She said by the end of the year she hopes to have opened a total of 15 hydration stations.

Goodman also said SDSU dining services is growing its own plants with 10 plots in the organic sustainable gardens and hopes to get 20 plots by the end of the year.

Aztec Student Union Board Chair Jamie Miller said the ASUB student lounge is pending approval with the hopes of being open by the end of the Spring 2016 semester.