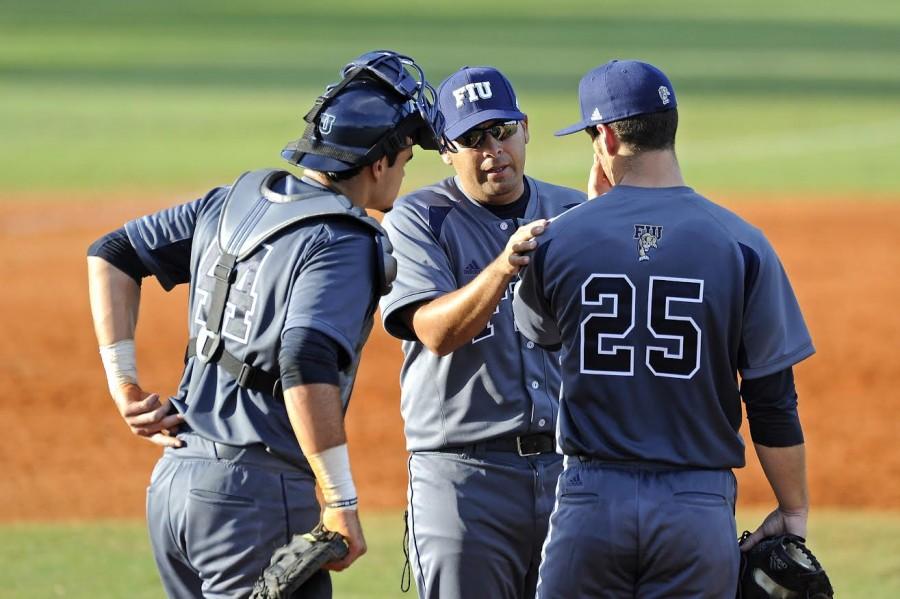 When he finished his college playing career with San Diego State baseball in 2002, chances are new pitching coach Sam Peraza had no idea he would call Tony Gwynn Stadium home once again, 14 years later.

But he’s definitely relishing the opportunity.

Peraza, who is preparing for his inaugural season as a coach for the Aztecs, will replace John Pawlowski, who served as the pitching coach at SDSU for two seasons but left to become the head coach of Western Kentucky University in the offseason.

As a player, Peraza came out of the bullpen during his lone season with the Aztecs but has since found success as a pitching coach for various programs across the country.

Most recently at Florida International University, where in 2014 Peraza coached a staff that posted a 2.29 ERA and completed 14 shutouts, both Conference USA single-season records.

At each stop, his pitching staff experienced drastic improvement.

Peraza is anticipating greater success at the already established SDSU.

“I expect to win,” Peraza said without hesitation. “It becomes a tradition, and being that we have made regionals three straight years, for me, the expectation is to make another one.”

Peraza’s expectations reflect his coaching style and what he preaches to his pitchers: aggression.

In many circumstances, aggressiveness can have a negative connotation, but for Peraza, it has led him and his pitching staffs to a myriad of successes.

“You start with the ball in hand, it starts with you,” Peraza said of his message to pitchers.

“Go out there and be aggressive, throw the first punch. Go after the hitters and attack the hitters. Put them on the defensive.”

The strategy of “three to get two” is one he especially stresses.

The idea is to use only three pitches to get two strikes and get ahead in the count, an advantage that puts the power in the hand of the pitcher.

This philosophy has worked in Peraza’s previous stops before SDSU, particularly at CSU Northridge, where in 2013, the Matador pitching staff had their lowest strikeout-to-walk ratio since the 2002 campaign.

In addition, the staff recorded 117 strikeouts looking, which led the Big West.

The assertive style will work well with an Aztec team that is coming off a 2015 season where they tallied a 2.4-to-1 strikeout-to-walk ratio.

SDSU did, however, lose its top pitcher in the 2015 MLB draft when Bubba Derby was drafted to the Oakland Athletics with the 188th overall pick.

The only returning pitcher who had more than 50 strikeouts in 2015 is redshirt-junior Cody Thompson, who recorded 69 strikeouts.

Regardless, Peraza is not worried about the lack of experience in his forthcoming pitching staff.

“We have some young guys in there that are going to have to grow up quick,” Peraza said.

That’s the level of confidence and expectation that sustained success earns.

“You’re going to get the most out of them every time out,” Peraza said of his pitchers.

The lofty expectations aren’t contained to this year, as Peraza is looking toward the future of Aztec baseball with bright-eyed optimism.

“I want to establish ourselves as one of the best pitching staffs in the country year in and year out,” Peraza said.

He will have the opportunity to see his vision play out at SDSU.

At 36, Peraza already has 12 years of coaching experience under his belt and still has a lot of time to grow at SDSU.

But with that room to grow, Peraza comes back to Montezuma Mesa having coached four conference pitchers of the year and nine All-Americans.

“The plan was making this a long-term spot,” Peraza said.

“I want to get locked in here.”

Expect to see Peraza preaching aggressive pitching for years to come on the Mesa.