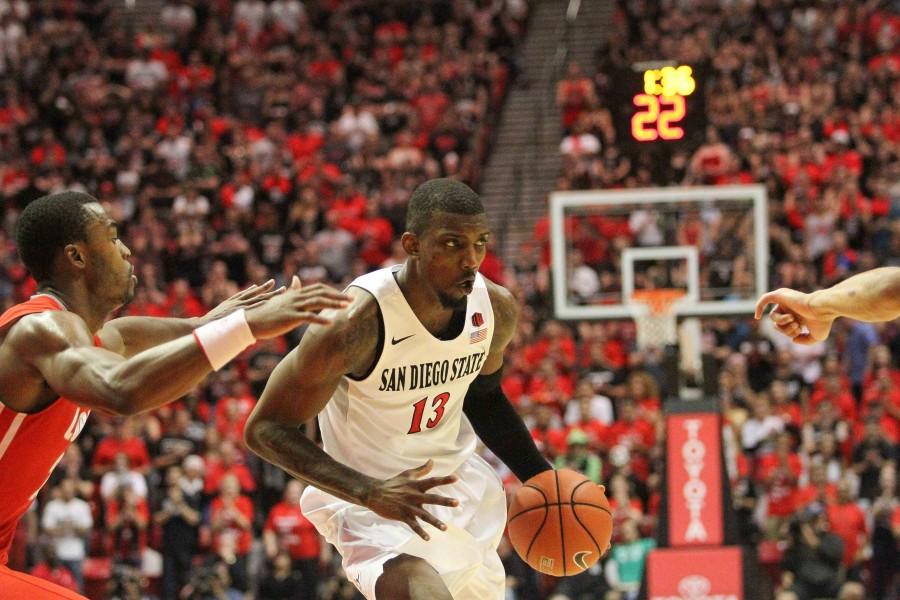 For a second there, it looked like the big, bad Aztecs had been knocked off their block earlier in the season.

Every team in the Mountain West was seemingly foaming at the mouth for a chance to take over the conference that the San Diego State men’s basketball team has dominated for nearly a decade.

One of the teams that seemingly had a chance to take over and, other than Saturday’s game against University of New Mexico, gave the Aztecs their biggest scare in MW play was Fresno State.

Senior guard Cezar Guerrero’s 3-pointer as time expired on Jan. 19 brought the Bulldogs and Aztecs into overtime and it looked like the Aztecs’ winning streak, which is now 11 games, had a chance to be halted at five.

“They’re saying they should’ve won (that game),” head coach Steve Fisher said at a Tuesday press conference. “We’re going up with the intent that we want to come home 12-0.”

If only SDSU knew that the overtime game against Fresno State was merely a foreshadowing of what was to come in the next five games.

Other than the team’s 72-59 win over Utah State on Jan. 23 and its 67-52 win over UNLV on Jan. 30, each game has been decided by three points or less, including the other overtime game against New Mexico.

“Winning a championship is not easy. We have to win these types of games,” senior forward Winston Shepard said Saturday after the win over the Lobos.

SDSU has proven winning a championship isn’t easy. Not easy on themselves and not easy on the heartstrings of the fans.

But more importantly, they haven’t been easy on opposing MW teams.

“We just have to come out with the mentality that we’re the hunters,” senior center Skylar Spencer said Tuesday. “When you’re ahead of the pack, people tend to hunt you.”

As is the same every season, half-empty MW arenas become sold-out raucous venues when SDSU comes into town.

That’s not expected to change Wednesday night as the Aztecs continue their hunt at the Save Mart Center in Fresno.

“I think we kind of relish in that role,” sophomore guard Trey Kell said. “We’re glad, and we hope we have a big crowd on Wednesday.”

SDSU has been one of the only teams this season that has been able to contain MW Preseason Player of the Year, senior guard Marvelle Harris.

In the game at Viejas in January, Harris went 4 for 20 from the field and mustered just 12 points, more than five points below is average at the time.

The real question, though, is who will be guarding Harris for the majority of the game.

An easy assumption would be Kell, who matches up with him at the 2-guard spot, and has improved immensely as a perimeter defender in his sophomore campaign.

It wouldn’t be a surprise to see Fisher switch off between Kell, junior forward Dakari Allen and redshirt-freshman forward Zylan Cheatham throughout the game, depending on fouls, momentum and other factors.

No matter who guards him, though, keeping one of the best volume scorers in the MW cold from the field will once again be imperative for an Aztec victory over the Bulldogs

Wednesday’s game is scheduled to tip-off at 8 p.m. and can be seen on CBS Sports Network or heard on The Mighty 1090 AM.