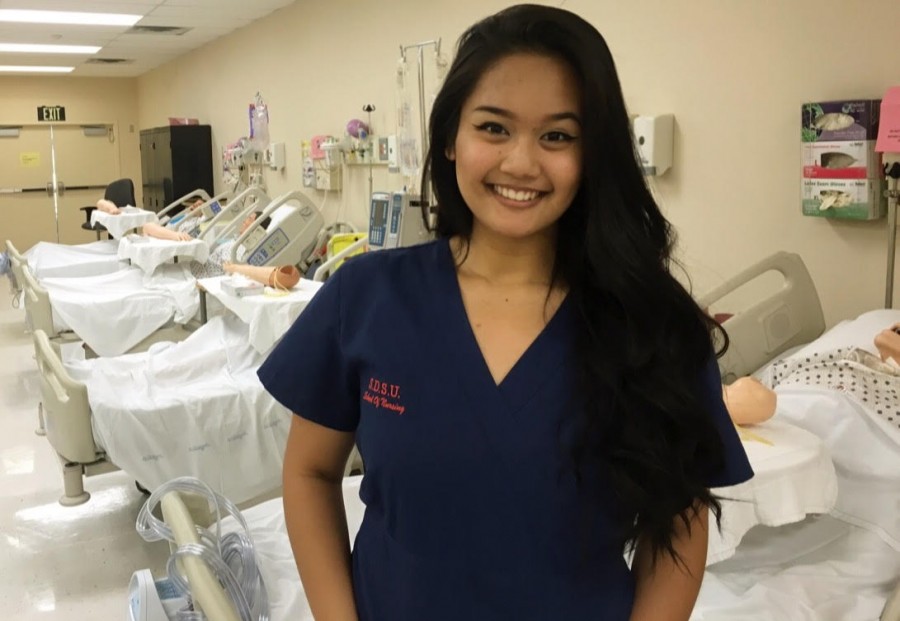 According to San Diego State’s School of Nursing, the nursing profession “has its foundation in the biophysical and behavioral humanistic sciences, as well as in specific nursing practice skills and techniques.”

Although the undergraduate nursing program at SDSU is open to incoming freshmen, continuing students and transfer students, the admission process is highly selective and does not guarantee entry.

The admission process has changed recently. Before the new curriculum, pre-nursing students fought tooth and nail after two years for one of the few designated seats.

Like her peers that were admitted to SDSU in 2013 as pre-nursing students before the curriculum reform, Garcia faces a five-year graduation date as a continuing nursing student.

With the change in curriculum, the number of units per class changed and many classes were removed. Many of the class units don’t necessarily match the amount of hours spent learning.

Nursing sophomore Sheryl Warfield was one of the students that experienced the direct admission process.

“When I applied, it was just like every other major you would apply for,” she said. “There was no supplemental application, although on the application it did say ‘pre-nursing.’”

Warfield currently serves as the cohort representative for her class, which is similar to being class president. Both continuing and direct-admission students currently admitted into the school of nursing have been divided into track-one and track-two students. Both Garcia and Warfield are track-two students. This semester, track-one students attend the fundamental clinical, which teaches all the necessary hospital skills, while track two-students attend a psychiatric and mental health clinical.

“They split us straight down the middle alphabetically for track one versus track two,” Warfield said.

As both students are considered track two, both attend the psychiatric and mental health clinical where they learn practical skills concerning psychiatric medicine and the care of patients with chemical imbalances or drug and alcohol dependencies.

“Everyone had these expectations like ‘One Flew Over the Cuckoo’s Nest’ or something like that, or something really crazy, but that’s not it at all,” Warfield said.

“I don’t envision myself being a psychiatric nurse in the future, although both of my parents were psychology majors at Stanford and Berkeley — sorry parents.”

The nursing school offers a health assessment lab, the Sharp Healthcare human patient simulation center, the nursing fundamental skills lab and the media lab where Garcia has worked as an assistant for three years.

Similar to the media lab in Love Library, the media lab is a resource specifically for nursing students. Garcia also works at the nursing fundamental skills lab, a place where students practice the set number of skills needed for working at the hospital.

In the words of Garcia, “not to toot my own horn but, nursing is hard, it’s a rigorous career that mixes science and humanities and applies scientific concepts.”

So why did she decide to become a nurse?

“The orthodox answer is because I want to help people,” she said.

“You don’t realize how much you’re helping someone, even if you’re just bringing them a glass of water. ”

She believes her drive to become a nurse stems from her being born in the Philippines and witnessing the horrors of the homeless not receiving medical care, her multiple hospitalizations as a child and her family’s chronic illnesses.

“The nurses always made me feel like an actual person, not just a kid in a bed,” Garcia said.

“I realized that I was way more interested in the people side of things rather than the medical side,” she said. “When I’m on the hospital floor I realized that the nurses spend all the time with the patients, and that’s attractive to me.”