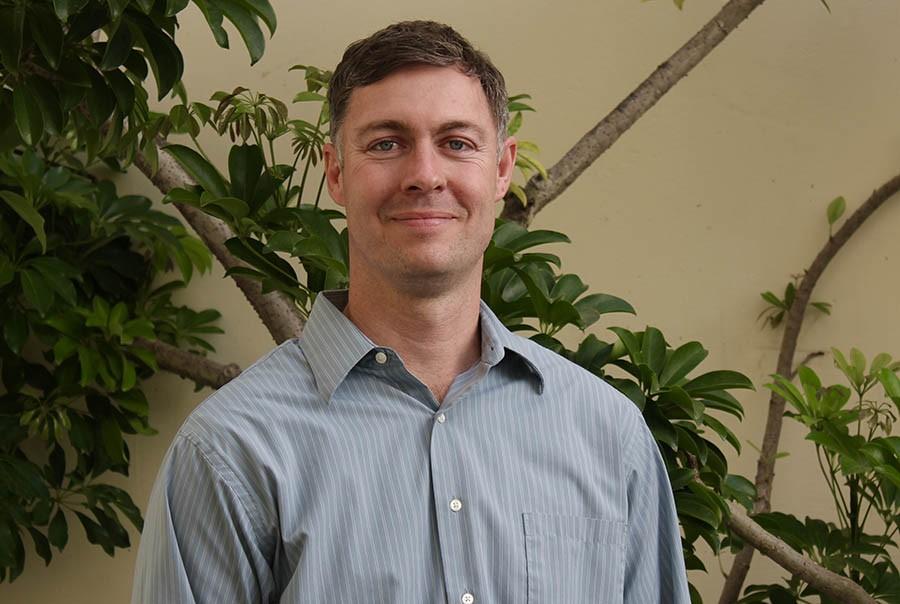 He was previously one of two social psychology professors at Long Beach State.

“Because of the similarities between the two schools, what I liked about Long Beach and the students is mostly here,” he said. “But the psychology department is bigger here with seven professors and the research foundation makes grant research much easier.”

During his time as an undergrad, he bounced between majors several times before discovering the field of social psychology during general education courses.

“I remember thinking, ‘I wish someone would combine sociology and psychology,’” he said. “I like them both but something seems missing. That’s when I discovered there actually was.”

“It’s a fun class to teach because students understand the importance of it in their everyday lives instantly,” he said.

Aside from teaching, Thoman conducts the motivation and social identity lab.

Within the lab, Thoman studies motivation in how people develop their own interests.

“How people treat us based on gender, ethnicity and perceived status might shape our motivation to pursue different careers in ways we’re not typically aware of,” he said. “Our social interactions when our interests are developing shapes what we choose to do, as well as our social identity.”

“It’s been a fantastic opportunity to gain skills and work with Dustin on our similar research interests, like academic diversity,” Long Beach State post-doctoral colleague Mathew Jackson said. “On top of all that, he’s a great guy and a pleasure to work with.”

The team studies the concept of motivation through a mix of methods.

“At times we’ll bring people into the lab to mimic real-world situations,” Thoman said. “If we think there’s one aspect that may cause behavior in this situation, we’ll experimentally manipulate the lab to test our theory.”

But as the team studies real-world situations and decisions, they conduct a lot of longitudinal research.

Large samples of freshmen to graduate students are commonly selected via recruitment where they are paid every semester for four years after completing surveys and studies.

“We try to ask them about different experiences that they have and what changes their interests over time,” Thoman said. “We think that people’s social experiences will change their trajectories over time.”

The team tries to determine how foundational sciences classes, being purely fact-based, may affect the students’ perception of science and the field they’re in.

“If students connect what they’re doing in the lab to a broader social purpose, they’re far more likely to want to continue in research careers,” he said.