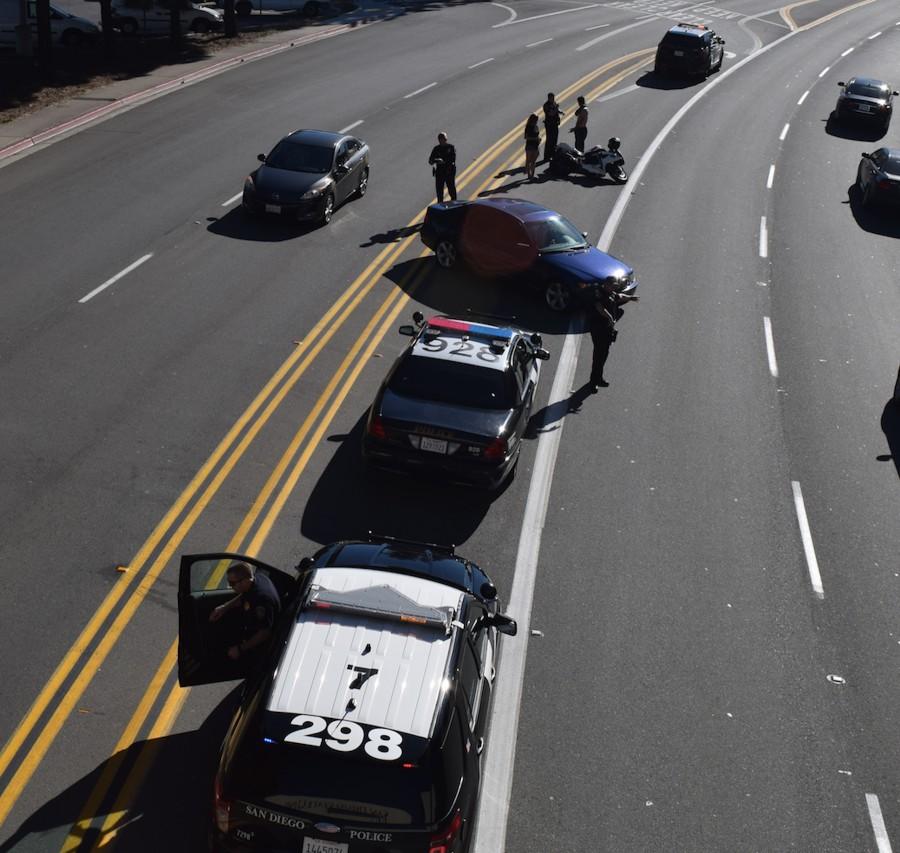 A blue BMW and a Suzuki motorcycle collided on College Avenue shortly after 2 p.m. on Tuesday, Feb. 16.

No injuries have been reported as a result of the accident, though the motorcyclist had a large abrasion on his shoulder. The BMW had several dents on the driver side of the car and the motorcycle was on its side at the scene.

Police arrived to clear the scene and control traffic flow. Southbound traffic was backed up to Alvarado Road for nearly an hour after the accident. The turn lane for Parking Lots F and G was also blocked.

Several police vehicles and a fire truck arrived on the scene.