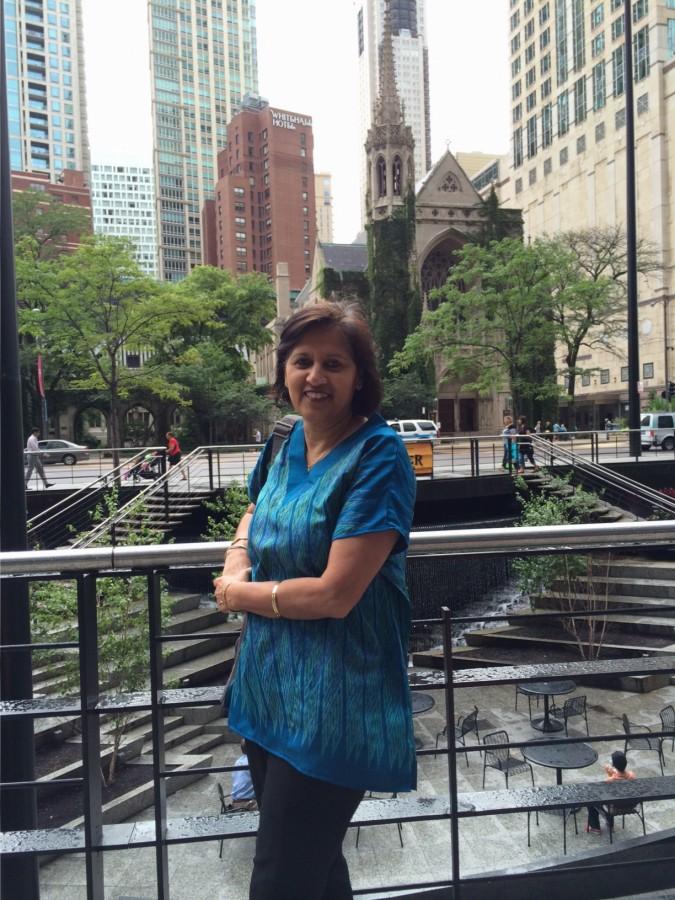 In the LGBTQ community, Muslim women are speaking up about their sexuality and their struggle to be identified with the Islamic faith. San Diego State women’s studies professor and LGBTQ rights advocate Huma Ahmed-Ghosh is bringing this discussion to campus.

Her teaching is her activism. Through her recent efforts with LGBTQ issues, she hopes to create a safe space for queer Muslims who may be shunned and rejected from Muslim clubs on campus or their surrounding community.

SDSU has an LGBTQ research consortium on campus, which is a collective of scholars and researchers interested in LGBTQ issues. Ahmed-Ghosh is one of the various faculty members who hosts seminar talks on LGBTQ-related topics issues.

The Quran, Hadith and Sharia are all texts associated with Islam, and there are verses open to interpretation.

“The Quran and some of the other texts have specific verses condemning sodomy and male homosexuality, but they don’t have anything very specific for lesbians,” she said.

There is a movement of Muslim women questioning verses in the Quran to determine if they apply to them. Queer and lesbian Muslim women believe they do have a right to practice their faith, she said.

On Thursday, Feb. 11, at the SDSU Pride Center, Ahmed-Ghosh gave a consortium talk called “Same-Sex Love and Desire Among Muslim Women.” It was based on the various autobiographies written by lesbian women who have shared their stories of oppression.

“These autobiographies challenge the very faith and religious spaces that are prohibited to them,” Ahmed-Ghosh said during her talk.

Co-director of the SDSU LGBTQ Research Consortium and English professor Michael Borgstrom said the consortium’s broad initiative is to provide opportunities for a multitude of voices to emerge.

“There is an urgent, pressing social need for these conversations to be shared and promoted,” Borgstrom said. “I would just urge students to think of think of this as an opportunity to extend their intellectual and cultural lives in ways that move outside of the classroom.”

In April, the SDSU LGBTQ Research Consortium will have a symposium titled “Queer Entanglements: Interdisciplinary and LGBTQ Studies.” It will feature keynote speakers from the UC Berkeley and Cal Poly, Pomona.

“Part of the energy behind this kind of initiative is to show the ongoing relevance of scholarly work to the larger cultural world in which we exist,” Borgstrom said. “It is our hope that many of conversations in lectures and talks and events that we put on speak meaningfully to students’ lives.”

Ahmed-Ghosh recently edited and published two books, “Contesting Feminisms: Gender and Islam in Asia” and “Asian Muslim Women: Globalization and Local Realities.” They combine some of the various essays from lesbian women mentioned in her talk.

“A lot of the stories are about coming out and the pain and the rejection, but it becomes like a curative healing process,” she said.

Ahmed-Ghosh said talking about diversity within Islam is important because of the massive amount of political stereotyping and homogenizing of Muslims.

“For (a) Muslim woman who chooses to wear the head scarf, she becomes more visible as a symbol of Islam and she gets harassed more,” she said.

Ahmed-Ghosh grew up in New Delhi, North India with a liberal family. Her mother was an educated woman and an early feminist supporting women’s rights.

“We had a very value-based education at home to be good people, to be honest people, to fight for social causes and to be politically, socially conscious,” she said.

She studied economics and cultural anthropology for her undergraduate and graduate school before pursuing her doctorate in anthropology from Syracuse University. When she came to the U.S. as a student in the early 1980s, she was surprised to learn that the U.S. was more conservative then it was perceived to be overseas.

Her later research in Islam, gender and sexuality issues stemmed from these events.

Today she exercises her passion for supporting positive social changes through her teaching in the classroom.

“Discomfort in the classroom can be a positive thing because we are pushing you to be a critical thinker,” she said. “Sometimes a student complains afterward because they cannot enjoy TV anymore because we have corrupted them. I say, ‘Well, then we succeeded.’”