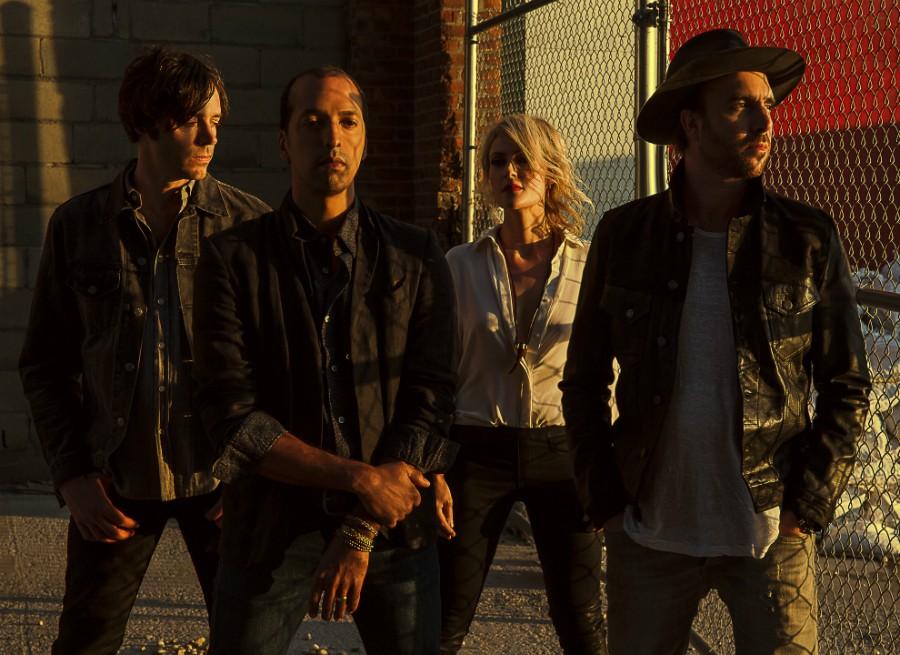 Canadian indie-rock band Metric is bringing its new headlining tour, I Can See the End, to San Diego on Wednesday, Feb. 24 and Thursday, Feb. 25 at the House of Blues.

Sultry and synthy with a mesmerizing channeling of 1980s new wave is Metric’s latest record, “Pagans in Vegas.” Released in late 2015, lead singer Emily Haines and her bandmates are ramping back up with their new North American tour in support of the record, taking listeners on a pulsating journey and filling the void between indie and pop.

“We’re going to bring extra extra for those two nights,” Haines said about adding a second tour date in San Diego after the Feb. 25 show sold out.

Formed in Toronto, Canada in 1998, Metric has dedicated its time producing and writing its music its own way, evolving with each of its six records. From alternative indie to more aggressive rock, and to now synth-heavy new wave on its latest album, Metric’s goal is to stay fresh.

“We’re constantly pushing the sound,” Haines said. “It’s kind of part of who we are to not just arrive at something and try to repeat it. I think that kind of would be death for me. You have to keep going and keep driving and keep discovering new things.”

The synth-rock group self-released its last two albums, and with its own label and recording studio, the band has the freedom to take risks and not adhere to traditional record label standards.

Haines attributed the band’s success in part to the rawness and honesty the band pours into its music.

“Whatever we’re doing we’re real about it and we put our hearts on our sleeves,” she said.

Metric’s authenticity is a factor that strikes a chord in many of the band’s fans such as political science sophomore Paloma Monesi.

“Metric’s music was there for me at a really hard time in my life,” Monesi said.

The band is known for political and social undertones in its lyrics, usually emitting a cynical view of the world in popular songs such as “Help I’m Alive” from its album “Fantasies” and “Lie Lie Lie” off of the new record.

Despite it being an election year, Haines said this tour is less about her views and more about the band’s listeners.

“It’s about people just waking themselves up about who they are and what they care about and being passionate,” Haines said. “It’s an exciting time to be on the road.”

Haines said the band is working on an upcoming project, a record that takes a turn from its synthesizer-heavy tunes to a more cinematic and orchestral music with only live acoustic instruments. The band has had the material in the works since its break in 2014 when it put “Pagans in Vegas” together.

“It’s true when we made ‘Pagans’ we kind of presented it as one-half of a larger picture, sort of a complimentary album,” Haines said. “We made great progress on it but I think it turned into something way bigger, and I want to wait and want to do more with it and don’t want to rush releasing it.”

When Metric makes its stop in San Diego, Haines and her bandmates are excited to integrate its new music into the mix and see how the different emotions between albums fit together.

“It’s all a progression from one album to the next to create this repertoire that then really, ultimately, is all driven back to playing the live show,” Haines said. “That really is where the whole thing comes together. Always what we have in mind is how to make the show more amazing.”