The Aztecs are not sleeping on the Spartans 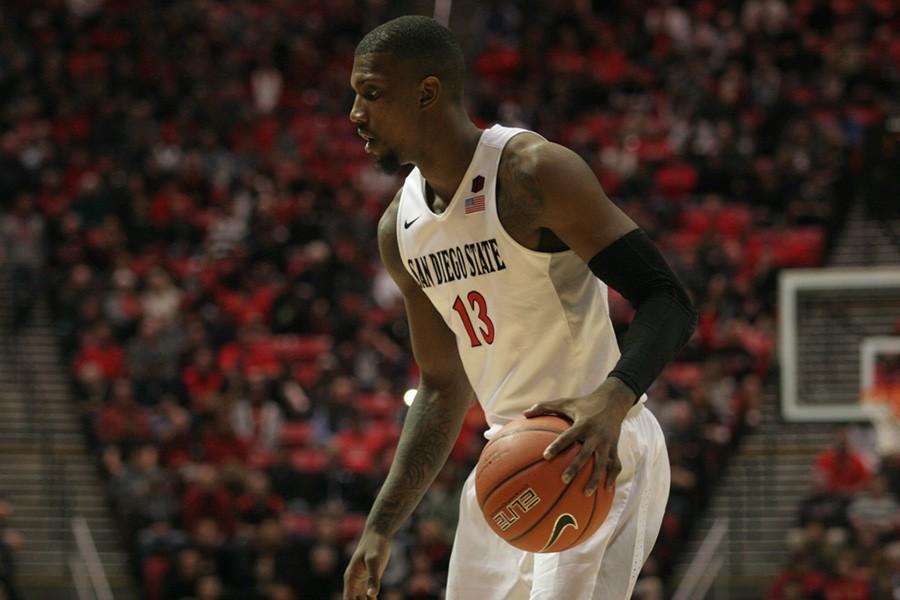 As March looms on the horizon and the final weeks of the regular season succumb to the madness, the San Diego State men’s basketball team braces for their final stretch.

With a three game lead and only five games left in conference play, the Aztecs (19-7, 12-1 Mountain West) are sitting pretty atop the MW, but if this season has been any indication then nothing can be assumed.

Starting with their showdown against San Jose State (8-18, 3-11 MW) this Sunday in the Bay Area, the Aztecs will have to then brave the elevation of Laramie, Wyoming, and finish the season running the gauntlet of Boise State University, New Mexico and UNLV.

With as a difficult schedule to end the season as any in the MW, it would be natural for SDSU to look past the last-place Spartans, who are coming off three straight losses, however, that’s not head coach Steve Fisher’s style.

“Everybody wants to start talking about other things other than what’s most important and that’s the game that we’re playing,” Fisher said. “The most important thing for us is the game on Sunday with San José State.”

While SJSU’s record and the five game winning streak the Aztecs own over the Spartans may say otherwise, the boys in blue and gold have been anything but an easy knockout for SDSU.

The last two times these teams met the Spartans held a second half lead, including last season’s matchup in San Jose against a SJSU team that was 0-28 against NCAA division I opponents.

“This is a team that has never given up, even though they have three wins,” Fisher said.

After struggling against Fresno State University’s zone and attempting 39 3-pointers against the tightly packed Air Force zone, the Aztecs are anticipating to see zone defenses from now on.

“Everyone has pretty much game planned us that way,” sophomore guard Trey Kell said. “Everyone thinks because we are bigger and stronger that we will try and be paint dominant, so they try and zone us to try and limit that aspect of our game.”

The Spartans could potentially use a traditional 3-2 zone when sharpshooting sophomore forward Malik Pope and redshirt-junior Matt Shrigley enter the match and switch to the air-tight zone the Falcons implemented when the Aztecs are deprived of 3-point shooters on the floor and dare SDSU to shoot from beyond the arc.

“Frank Rogers is probably their hardest guard because of his versatility,” Fisher said. “He can post you up, he can shoot the three.”

His 12.5 points, 7.1 rebounds and 40.5 percent shooting from beyond the arc leads the Spartans.

Freshman guard Jeremy Hemsley did not practice over the week long bye and has been in a walking boot since the Air Force game. His status is still unknown heading into Sunday.

If Hemsley does not suit up, then look for Kell and Shepard to eat up his shots and try to carry this team.