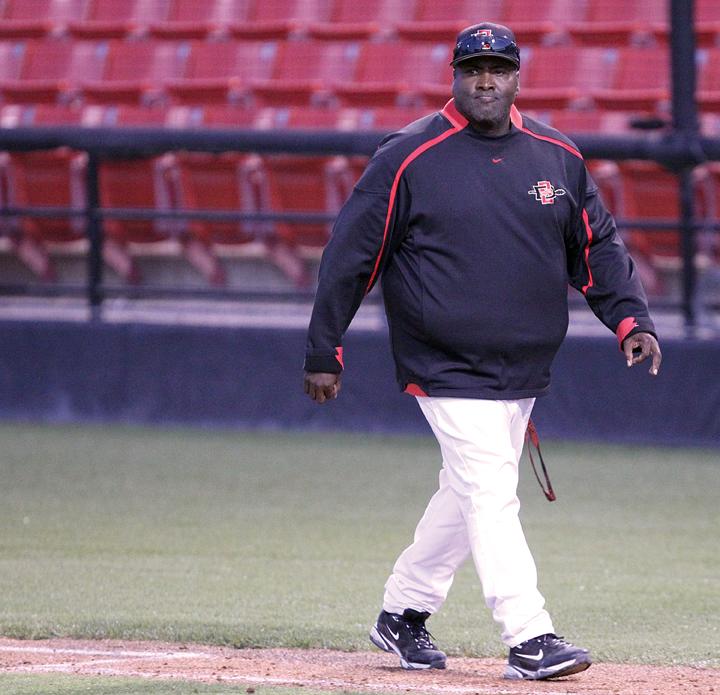 Before former San Diego State baseball coach and MLB Hall-of-Famer Tony Gwynn died in 2014, he had a vision for the stadium that holds his namesake.

That vision was to host some of the top teams in the country, in the city he spent his entire career in, for a pre-conference tournament.

A little less than a year ago, that vision, which was also developed by current San Diego Union-Tribune sportswriter and former SDSU Sports Information Director Jon Maffei, became a reality when it was announced the first Tony Gwynn Classic would be held in February 2016.

“Just to have college baseball teams from around the country come to San Diego to play in the Tony Gwynn Classic is very humbling.”

The tournament, which Martinez said was put together in a “fast and furious manner” since being announced, is already officially set up through 2018.

Martinez credited a group led by Jack Murray — the tournament’s founder and chairman — Alicia Gwynn, Tony’s former agent John Boggs, SDSU and USD for helping to get the tournament off the ground.

“It’s a great honor and very humbling that these people want to honor Tony by coming here and playing,” Martinez said.

Junior left-hander Marcus Reyes is expected to get a start at some point in the tournament, which begins at 6 p.m. Friday for SDSU against Bryant.

Growing up in San Diego and graduating from Rancho Buena Vista High in 2013, Reyes knows the importance Gwynn had and still has in the San Diego community.

But also on the college baseball landscape.

“Being a San Diego kid, he was a role model growing up. Anything Padres, anything sports in San Diego was coach Gwynn,” Reyes said.

Reyes believes it’s only fitting that Gwynn’s legacy will continue to live on in the form of a college baseball showcase of talent.

Reyes and the rest of the pitching staff will be leaned on heavily during the tournament, as the team will have already played two games (UC Irvine on Tuesday and USD on Thursday) before the tournament starts.

“We’ll kind of figure (the bullpen) out as we move through the next five games,” Martinez said. “Some guys who haven’t had the opportunity to pitch will get the ball.”

It was timely hitting against the SDSU bullpen and some untimely errors that factored into the team being swept by University of Oregon in the season-opening series.

Oregon entered the season ranked No. 14 and jumped up to No. 9 after the sweep of the Aztecs.

However, Martinez wouldn’t change a thing as far as scheduling is concerned, because it’s things like the series against Oregon and the Tony Gwynn Classic that continue to push the team farther and farther into the national conversation.

“We’re going to continue to schedule national-type programs from here on out,” he said. “We feel like this program is in position to make a push for (the College World Series) and have a chance to win a national championship.”