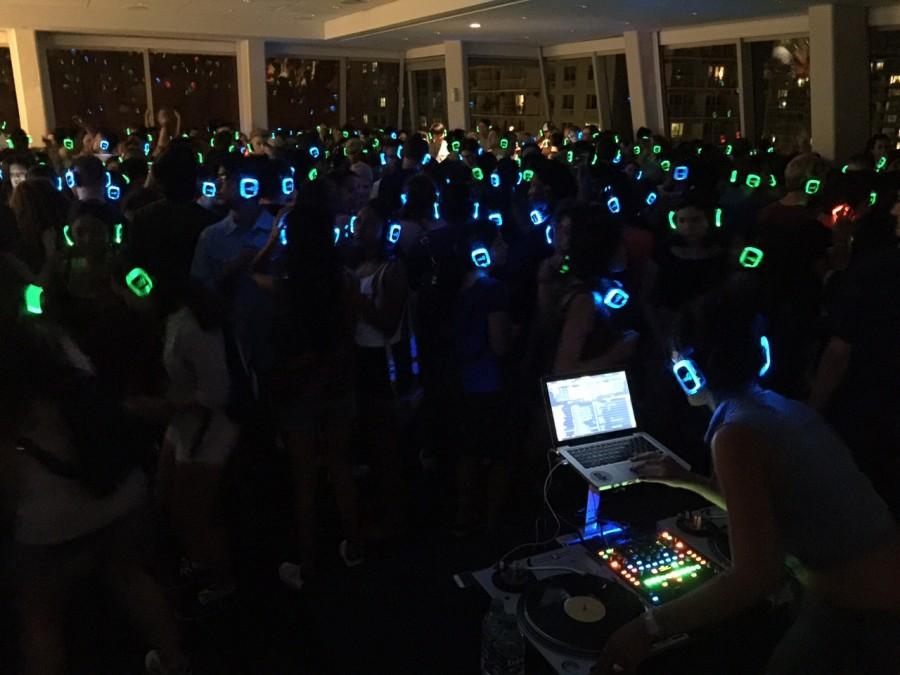 The event is free and open to SDSU students as well as the public.

Featuring four student DJs from AMG, two DJs will spin head-to-head for each half of the event.

The Silent Disco will offer three channels to tune into, one for each DJ and one channel featuring a playlist from music streaming service Tidal, curated by AMG.

For those who have never participated, a silent disco is very similar to a dance or a rave. Students pack the dance floor but this time with their own set of headphones. Linked up directly to the DJ booth, the music feeds right into participants’ headphones. It’s all the fun from the concert directly in the ears.

AMG focuses on bridging the gap between music and business, bringing in alumni established in the industry to speak from their experiences and guide Aztecs.

The organization’s president and business junior Cooper Abrams said she’s glad to be a part of such an event while also helping students achieve their dreams of working in the music industry.

“It’s a fun concept, and the glowing headphones and special event lightening in Montezuma Hall will add to the rave-like feel of the Silent Disco,” she said.

Having partnered with Silent Events, the premiere leader in silent disco events, AMG looks to make its mark with its first event of the year.

Silent Events has set the standard for silent disco parties, providing top-notch sound and full-scale productions to all its shows.

AMG has also partnered with Tidal to provide giveaways to students. During the silent disco, Aztecs will have the chance to win a three-month subscription to Tidal as well as other merchandise from the music streaming service.

This is AMG’s second semester on campus, and they are already looking to make an impact.

Johnson, also a marketing junior, is excited about the event.

“We’ve worked hard on planning the event for some time now, and we’d love to see our efforts reflected in a well-executed event that all of SDSU can enjoy,” she said.