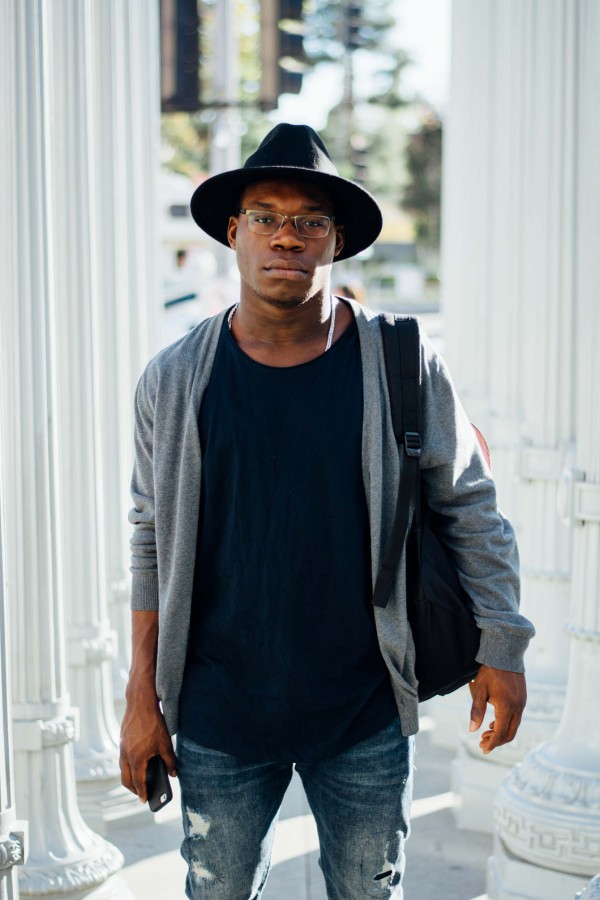 Music freshman Justin Adu-Acquah’s interest in music was sparked as a toddler, pretending to play the keys of an unplugged keyboard.

Those days are long gone as he now watches his music career begin to unfold.

Adu-Acquah, who’s known to his followers by his stage name Jay James, has had a lifelong relationship with music, causing it to be ingrained into his identity.

“(Music) is another way for me to escape reality and express myself,” he said. “It’s a way for me to release however I’m feeling without being verbal.”

Adu-Acquah describes his beats as ambient R&B and hip-hop but influenced by all genres.

He has already begun to garner his own fan base. His SoundCloud following continues to grow and currently stands at 1,735 followers, with his most-played track, “Situations,” having nearly 250,000 listens.

“I had never had that exposure before,” he said. “Before that, the most plays I had ever had was like 500.”

Since then, Adu-Acquah has received widespread attention for his beats, receiving emails from musicians around the world who are interested in working with him. He has collaborated with artists from Philadelphia, Houston, Miami, London and France. He also credits word of mouth for people hearing about him as he does not advertise his music.

While Adu-Acquah is an independent musician, he has received attention from record labels.

“I’m very picky when it comes to (being signed),” he said. “It’s a big step to take, so I’m very skeptical and I ask a lot of questions.”

He said he questions labels who want to own the rights to his music because all of his music would belong to them if he ever decided against renewing his contract.

Adu-Acquah’s talent has additionally gained notice within the music community at San Diego State. Fellow music freshman Lydon Quill said Adu-Acquah’s music blends genres together well, and he hopes to work with him in the future.

“(His music) is really dense, with a lot of instrumentation,” Quill said. “He’s going to be a really good producer.”

While he has been working on an album, which he hopes to release in the near future, Adu-Acquah’s long-term goals are to sign to a major label and eventually start a record label of his own.

“I want to sign a bunch of artists, a bunch of young people, and build off (of) them,” he said.

Adu-Acquah said his biggest inspirations are not only producers he can relate to, such as Kanye West, J Dilla and Dr. Dre, but artists unlike himself, including rappers and vocalists such as  Pusha T and Frank Ocean.

“I just like how rhythmically accurate they are with their vocals,” he said. “I feel like if I worked with them I could do a lot with their voices.”

Adu-Acquah has come a long way from the 13 SoundCloud followers he started with when he made his account in 2010. His opportunities seem to only grow more frequently as time goes on.