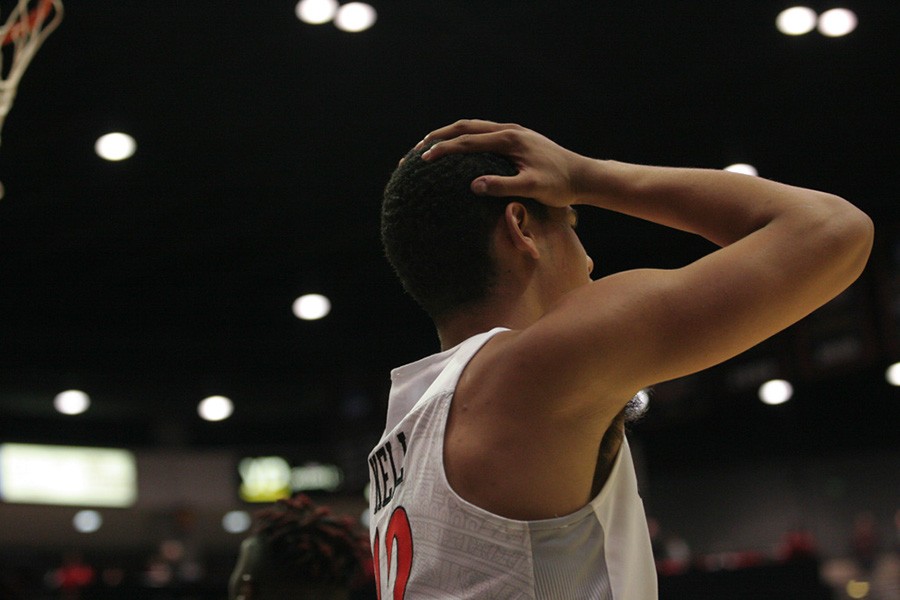 Somewhere on the way to a 12-turnover first half the San Diego State men’s basketball team began looking less like a team that has won a share of five of the last six conference titles, and more like a team that is destined to fall off the wrong side of a bursting tournament bubble.

The first half was unimpressive and unbecoming of SDSU. It was followed by a much better second half until …

SDSU blew a nine-point lead with just over a minute left in the game and watched their NCAA tournament at-large bid hopes disappear as fast as, well, a bursting bubble.

While getting caught up on an Aztec stat line that included 17 turnovers, 53-percent shooting from the free-throw line and allowing Boise State to score 42 points in the paint, it only dilutes the real reasons why this team doesn’t deserve an at-large bid to the tournament.

SDSU can’t control the body of work of its conference counterparts, and the Mountain West isn’t particularly strong this year, ranked at No. 11 in RPI behind the Colonial Athletic Association and the Mid-American Conference.

Both of those conferences combined for one win against the Associated Press Top 25 teams this season.

SDSU can, however, control the circumstance of how it plays against opponents in the MW.

While starting conference play 14-2 is impressive, taking a peek behind the curtain at the two losses reveal a tough situation for a tournament selection committee looking to add at-large teams to the field of 68.

Both the conference losses have come to teams that were at less than full strength.

On Feb. 10 at Fresno State, the Bulldogs beat the Aztecs 58-57 while missing their second- and third-leading scorers who also happen to be the Bulldogs’ first- and second-leading rebounders.

And then last Saturday when Boise State came to Viejas Arena with leading scorer and rebounder redshirt-junior James Webb III sidelined, the Aztecs couldn’t turn a nine-point lead with about a minute left into a win.

Failing to secure victories against top conference opponents missing top talent doesn’t bode well in a conference room full of “experts” looking for reasons to include or exclude.

At the very worst, the Aztecs are looking at two conference losses that are too ugly to negotiate the uncertainty of the tournament selection process, which would leave SDSU on the outside looking in if it can’t win the conference tournament.

Perhaps the NCAA tournament selection committee will go soft and view SDSU through the lens of six-straight NCAA tournament appearances with a legendary head coach and a talented roster full of size and athleticism.

Admittance to the tournament based on such trivial criteria would surely display a rare soft spot by the committee.

But, realistically, drop the fandom and think about it.

SDSU has one win against a top-25 team, and when the Aztecs had then-No. 2 Kansas within four points at home, they squandered the opportunity to thrust this team into the national conversation.