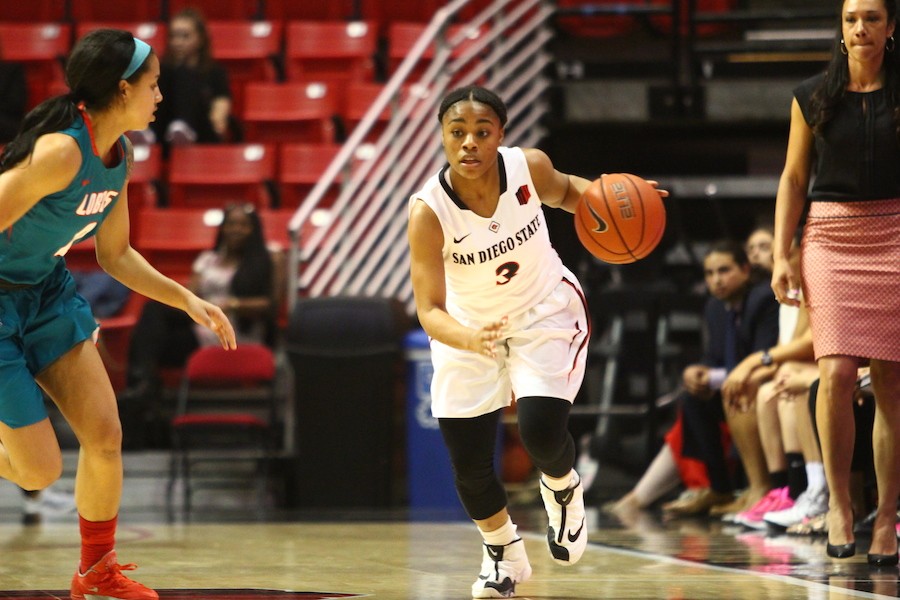 The “Elite Eight” will have new meaning for the Mountain West starting in 2017.

The MW Board of Directors announced on Dec. 17, 2015 that they will only allow the top eight of the 11 MW teams to enter the men’s and women’s basketball conference tournaments beginning in 2017.

The shake-up is meant to help with bracketing and scheduling, but the change will make the MW the first Division I conference to limit its number of conference tournament entrants.

“It’s going to make it more competitive. I mean, these games matter now,” said Terry, whose team entered this year’s tournament as the eighth seed. “I think it’s going to be really important that you come to play night in and night out.”

Senior point guard Ahjalee Harvey said with the change teams can’t be complacent knowing they will have a shot at postseason play no matter what their record is.

“Going into that tournament, you get the ‘gimme’ for a first round so now you don’t have to worry about those ‘gimmes,’” Smith said.

The Aztecs ended the season a half-game ahead of Wyoming, the ninth-place team in the MW women’s basketball standings.

They then defeated the Cowboys 62-44 in the opening round of the tournament on Monday.

Harvey said it will be tough next year because teams will have to balance the mindset of taking one game at a time and the knowledge of where they are in the standings.

Shyatt has been the most outspoken coach against the change.

If the season ended today and the new tournament format was in effect, Wyoming and Air Force Academy wouldn’t compete in either conference tournaments because both of the school’s  men’s and women’s teams aren’t in the top eight.

Terry said her team isn’t worried about the standings at all for now.

“The only thing we’re worried about is trying to get the best seed that we can so we can give ourselves the best opportunity to win the conference tournament,” she said.

SDSU women’s basketball ended the regular season 11-16 and the men’s team is in first place with a record of 23-8.