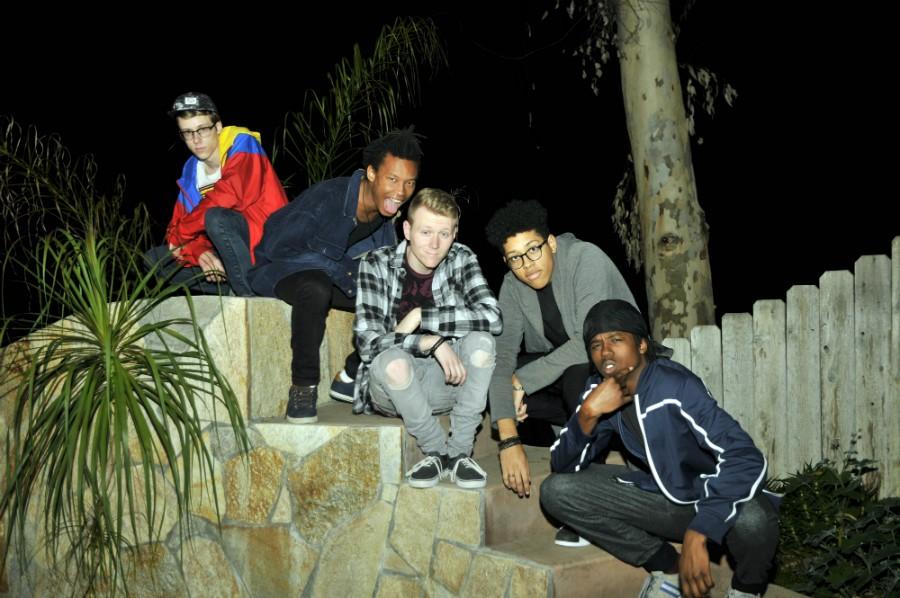 While a lot of bands may feel hesitant to include members of various musical backgrounds, student band O.W.L. uses its differences as a strength and thrives on them.

The group has trouble defining the genre of its music to one single description as the members are influenced by numerous styles.

“Nothing is off limits,” Daniels said. “We’ve got hip-hop, neo soul, mix a little trap in there (and) even a little hard rock.”

O.W.L. formed within the first month of this school year. They met from all living on the same floor — except Holmes, who met the rest of the group through longtime friend Daniels.

“We just ended up jamming a lot, just hanging out as a group and making music for fun,” Frye said.

Holmes said he and Daniels came up with the band’s name, which stands for Order of the White Lotus, as an homage to “Avatar: The Last Airbender.”

Despite forming relatively recently, O.W.L. has already achieved success, having won the Open Mic Night competition on Feb. 11, which awarded them a spot in one of next semester’s Nooner concerts. They will also appear in Aztec Rock: Battle of the Bands, which is being held at 6 p.m. in Montezuma Hall on Tuesday, March 8.

“People like how different (our music) is,” Quill said. “It’s not extremely different, where it’s something like experimental music. It’s different, but at the same time most people will enjoy it because it takes from every genre we are influenced by.”

The band members agree the diversity among their artistry as individuals has only helped the group form its own unique style.

“It’s not like we all started by playing as a group,” Daniels said. “Before we even met at this school, we performed individually. We had our own arts. We had our own groups back at home. We came together and started making our own music and performed as a cohesive group. It sounds like we’ve been practicing for so long together only because we’ve been on our own mastering our own arts.”

Frye said being in this group was unexpected for him. As a guitarist and singer, he never thought he would end up in a hip-hop-inspired group.

Quill said the group dynamic is different from being an individual musician.

“We just add on to everyone’s music,” he said. “(Frye) will write most of a song, then I’ll add on something instrumentally. We all put in the same amount of work.”

As a result of the group emphasis on individualism, O.W.L. values making meaningful music over popularity.

As O.W.L.’s repertoire grows, more people hear about the group. Kinesiology freshman Kyle Llorens heard about O.W.L. from living on the members’ floor and became a fan of the group’s distinct sound.

“They really know their craft,” he said. “Their beats are really smooth and easy to listen to.”

“We’re mostly sending (our music) to our friends and telling people to follow us,” Daniels said.

As of this semester, the group is performing live on a more frequent basis but recording remains its priority. Quill said the band is close to finishing its first extended play and plans to release it as soon as possible.