Your GPA: ‘Please, please get some more sleep’ 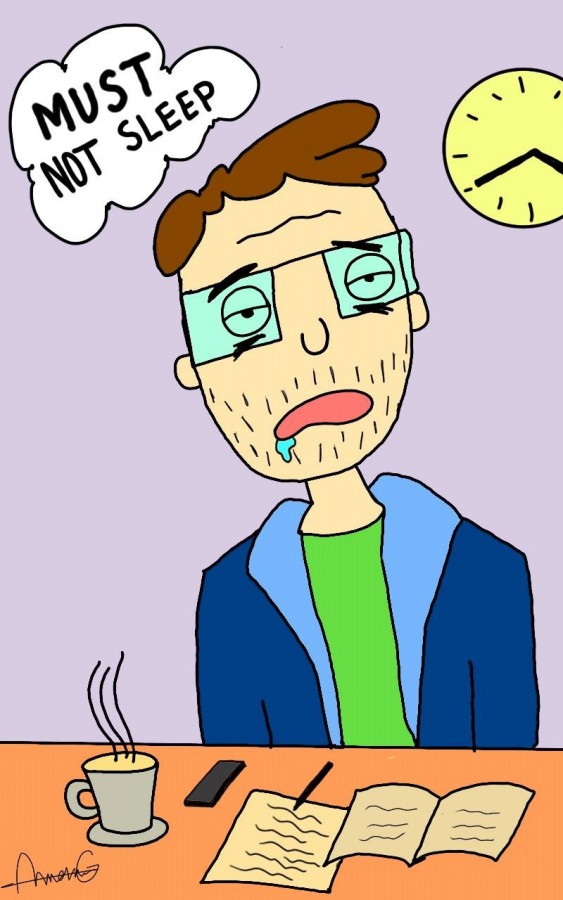 College students aren’t getting the proper amount of sleep, researchers suggest, but students may not know the consequences of missing out on some crucial “Zs.”

A study conducted by Dr. Adam Knowlden, an assistant professor at the University of Alabama’s Department of Health Science, suggests college students are getting far less sleep than the general public.

Not only are college students lacking sleep, but they’re decreasing their academic performance by doing so.

College students may find it difficult to put sleep as a top priority, but knowing that poor sleep can negatively affect academic performance, students might want to reconsider their current sleeping habits.

It’s common in college to cram assignments at the last minute. You stay up in the early hours of the morning — eyes bloodshot, hands shaking from excess coffee — only to turn in a poorly written paper with egregious errors.

Or, after a night of drinking, you stumble to your 8 a.m. class and can’t focus on the lecture because your hangover won’t leave you alone.

But time management is key for the proper amount of sleep.

According to the University of Michigan’s University Health Service, waking up at the same time every day, including weekends, can help with maintaining a healthy mind.

The university health service website claims people need to stay awake for at least 16 hours a day in order to be able to fall asleep. So waking up at noon on the weekends might make it more difficult to fall asleep before the early morning on a Sunday night.

Along with sleep routines, avoiding caffeine and alcohol before bed can help improve sleep.

“Caffeine stays in your system for up to eight hours and can keep you awake,” UHS claims. “(While) alcohol, though it may make you feel drowsy, decreases sleep duration and quality.”

It’s easy to push assignments to the last possible minute or party on a school night, but some students may not find the consequences of sleep deprivation to be so obvious.

“Sleep deprivation is a common occurrence for many college students,” according to researchers June J. Pilcher, Ph.D., and Amy S. Walters, M.A. “By depriving themselves of sleep, college students are not only increasing their feelings of sleepiness during the day, thus decreasing their ability to pay attention in class, but are also negatively affecting their ability to perform on exams.”

Poor sleep has such an effect on academic performance that it has “about the same impact on grade point average as binge drinking,” according to the American Academy of Sleep Medicine.

Although poor sleep can affect academic performance, many college students don’t know they are sleep deprived.

The Journal of American College Health’s sleep deprivation research notes students don’t know the extent to which lack of sleep hinders their ability to “complete cognitive tasks successfully because they consistently overrate their concentration and effort.”

College students have plenty of reasons not to get enough sleep, but understanding that sleep can affect academic performance is crucial.

Researchers Pilcher and Walters conclude “college students are unknowingly sabotaging their own performance by choosing to deprive themselves of sleep before they complete complex cognitive tasks.”

Because proper sleep is an issue for many college students, universities are trying to bring attention to the effects of poor sleep.

According to the UCLA campus newspaper The Daily Bruin, last April, the university implemented a nap room on its campus to “promote the importance of sleep.”

Along with UCLA, the University of Alaska-Anchorage also hosted a similar event, and Georgetown University has placed posters around campus for several years about the importance of good sleep, reported the Huffington Post.

It wouldn’t hurt if SDSU implemented nap rooms, or, at the very least, brought more awareness to campus about the importance of sleep, but getting proper sleep is ultimately determined by the choices of the individual. Making an effort to improve academic performance starts at a very basic level.