Marketing junior gains a following with her Spanish-language music 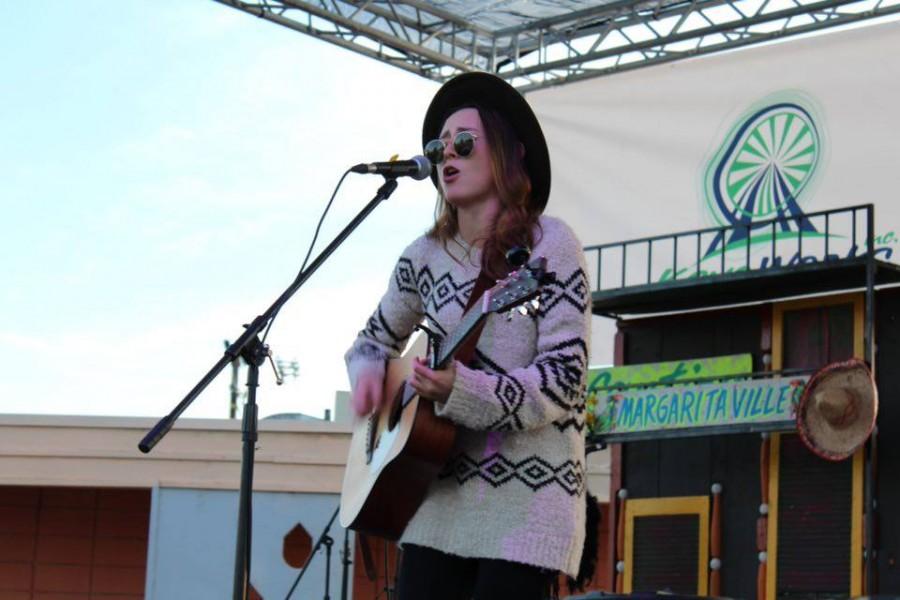 Singer-songwriter and marketing junior Giuliana Flores has received praise for her performances in Mexico and is now making a name for herself at San Diego State.

Flores, who is musically known by her first name only, was born in San Diego but raised in Tijuana, where she has done a majority of her performances. Although she plans to perform in the U.S. more frequently, she still plays in Mexico often, having performed in Mexico City this past January.

Flores defines her genre as acoustic pop and describes her music as catchy and fresh.

“In Latin pop, there isn’t music like my songs,” she said. “I do have an American sound, but since (my songs) are in Spanish, that’s what makes them different.”

Flores got her start in music by taking up guitar at age 14. Her brother encouraged her to start singing as well, and they played covers together before she started writing her own music. She said songwriting is what she loves most about music.

Flores has begun to receive recognition for her music at SDSU. She won the Open Mic Night competition on Thursday, March 3. Her victory proved to her that her music appeals to a non-Spanish speaking audience as well.

“Even though not all of the people understand (my lyrics), the music is telling what I’m trying to say,” she said.

She added that the Open Mic Night was the first time she showed the musical aspect of her identity on campus.

Students who attended the Open Mic Night reacted positively to Flores’s performance. Communication freshman Briana Marquez was intrigued by her style and identified with her music.

“She was different,” Marquez said. “Being a Mexican girl myself, it was entertaining to watch something that’s different and is not represented here.”

Although Flores sings in Spanish, she is lyrically inspired by the positivity of American music.

“Songs here (in the U.S.), their approach is a little more present tense,” she said. “In the Latin pop industry, they usually talk in past tense and (sing about) heartbreak. I want my music to contribute present-tense songs, not only talking about the sad stuff but also what we can do about it.”

“I want to change something in the listener,” she said. “Taking a personal thing beyond myself, that’s my goal in life.”

She hopes performing more in San Diego and Los Angeles will help her to be more involved in the U.S.’s Latin music community.

When writing music, Flores additionally aspires to connect with her audience on an emotional level.

She is currently finishing a live album, which will be her first album to be released.

“I really want to get (the album) out there and expose it,” she said.